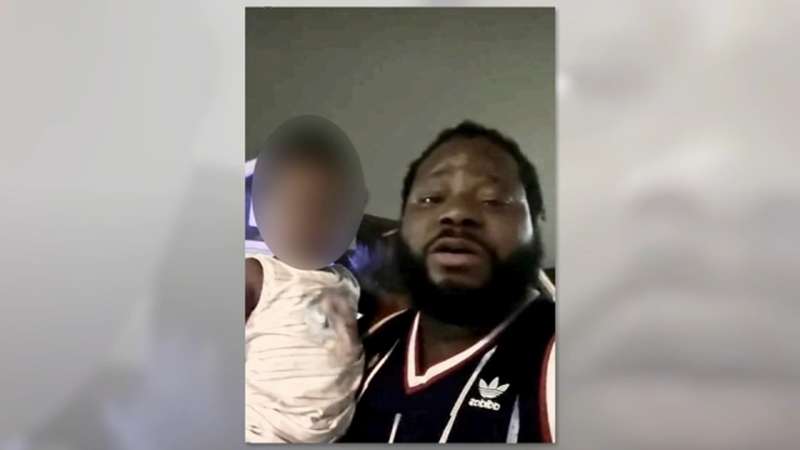 HOUSTON, Texas (KTRK) -- A Houston man found a toddler walking alone at night on the I-45 feeder road while the child's mother ate out with a friend, the Harris County Precinct 4 Constable said.

Around 12:30 a.m. Tuesday, Dominique Edwards was on his way home with his own children in the car. That's when he saw the 2-year-old walking in the 16100 block of the North Freeway.

"I see one car kind of swerve out of the way. And then I see what they are dodging: a child, a toddler. Then I just instantly kind of break down. I parked my car, I hop out, and I grab her. As I'm running to her, she is opening her arms," Edwards recalled to ABC13.

Deputies arrived, took custody of the child and checked nearby hotels.

They found an open door to a room at the Super 8 motel. An 8-year-old and his 3-year-old brother were asleep inside with no adults present.

According to the constable's office, the children didn't know where their mother was, but they identified the 2-year-old as their sister.

The mother, identified as 27-year-old Juliana Gomez, arrived later and said she knowingly left the children at the hotel to go eat with a friend, Constable Mark Herman said.

Gomez was arrested and booked into the Harris County Jail. She has since bonded out.