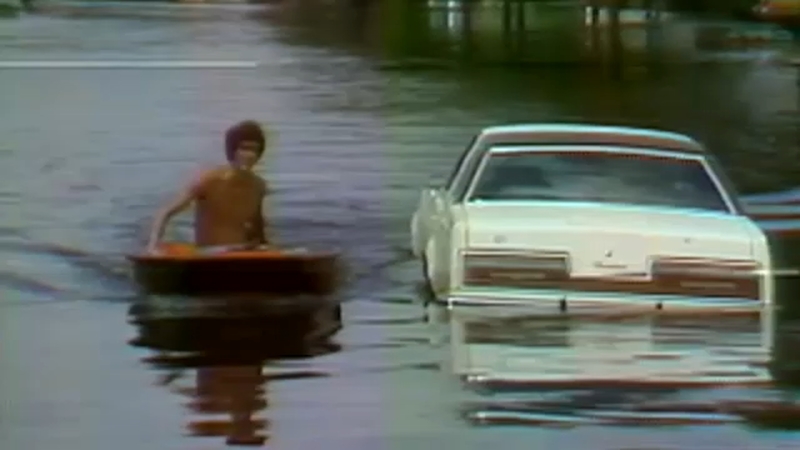 HOUSTON, Texas -- Most people remember the biggest storms that have hit the greater Houston area, such as Harvey, Ike, Allison and Alicia.

However, there was one storm that hit more than 40 years ago that didn't even rank as a hurricane, and still brought a record-breaking deluge to our area.

Tropical Storm Claudette dropped 43 inches of rain in one day, that's even more than Harvey.

This still stands as a world record for the most rain in 24 hours over flat land.

Not even Hurricane Harvey could top that rainfall production in one day. Harvey's highest 24-hour rainfall was 25.6 inches.

Damages from Claudette were estimated at $750 million.

Clear Creek was a mile wide in some spots. Over a third of Alvin was evacuated.

BE PREPARED: What to do before, during and after a storm
EMBED More News Videos

What to do before, during and after a storm