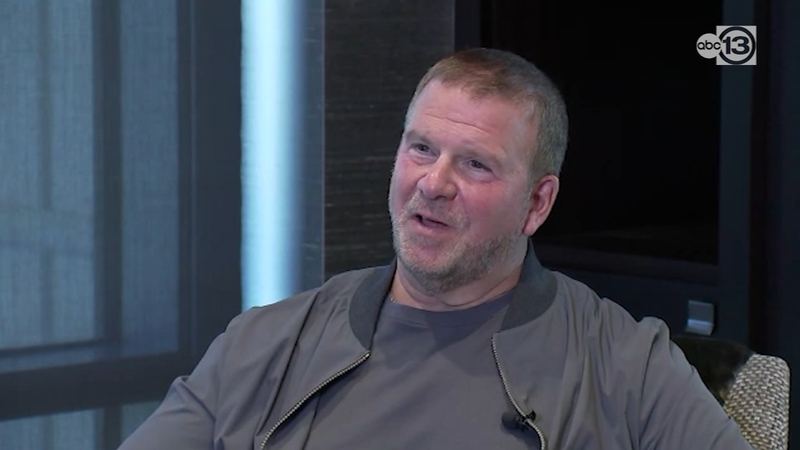 HOUSTON, Texas (KTRK) -- When University of Houston men's basketball coach Kelvin Sampson was hired in 2014, he envisioned the program as one of the finest four in the country. But, he knew he had to bring others on board to make reaching the NCAA's Final Four a reality.

One of Sampson's biggest recruits was Houston's own mover and shaker, billionaire Tilman Fertitta, the UH System Board of Regents chairman.

Sampson and Fertitta met for a lunch and the partnership took off from there.

"One of the things that Kelvin said to me at that launch was that 'I'm not using this as a stepping stone.' I'm at an age where this is where I want to be. I've got my family here. I don't want to go jump cities. The City of Houston is a great city and I don't want to leave," Fertitta told ABC13's Erik Barajas.

Once Sampson made it clear he was in Houston to build a program that would last, Fertitta said he and UH Chancellor Renu Khator made sure Sampson got the facilities needed to attract recruits to the program.

A UH alum, Fertitta invested $20 million and in 2018 the Fertitta Center opened on campus.

With new facilities in place and recruits coming through the door, the wins began to rack up.

Along with the wins, the success of the Sampson - Fertitta partnership has brought national exposure to the program. It's the kind of exposure Fertitta said will help UH to shake off the school's underrated status.

"You have a chancellor and a chairman who both love athletics and realize the importance it means to a school -for fundraising, for all aspects of the school," said Fertitta in this new era of UH athletics. "It helps you raise money all over a university."

For all his efforts, Fertitta was inducted into the UH Hall of Honor in November 2019.