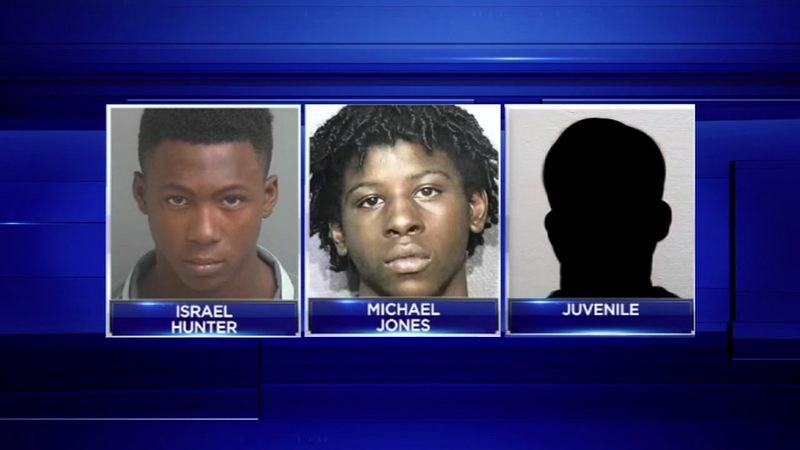 MONTGOMERY COUNTY, TX (KTRK) -- Three men have been arrested for their alleged involvement with a violent attack of a Montgomery County deputy at a gas station.

Israel Hunter, Michael Jones, and a third person who police are not naming since he's under 17, were arrested Thursday evening, nearly two weeks after that sergeant was hurt.

Earlier this week, investigators recovered the stolen truck they believe these men drove to the gas station the night of the attack. The Montgomery County crime lab had searched the vehicle for fingerprints.

The Montgomery County sergeant had stopped at the gas station with his wife on the way to a hunting trip. He went inside the Summer Hills Convenience Store on Sorters Road to get some ice and when he returned to his truck, investigators say he was approached by two black males who attacked him.

Hunter, Jones and the juvenile are accused of repeatedly kicking the sergeant in the head and trying to steal his wallet.
The sergeant's wife took out her pistol and shot at the attackers. It's unclear if any of them were hit.

Investigators do not believe the sergeant was targeted because he's with the Montgomery County Sheriff's Office. He was in plain clothes, off duty when he was attacked.

The sergeant was taken to the hospital with cuts to his face, several missing teeth and a broken jaw. His wife was not hurt.