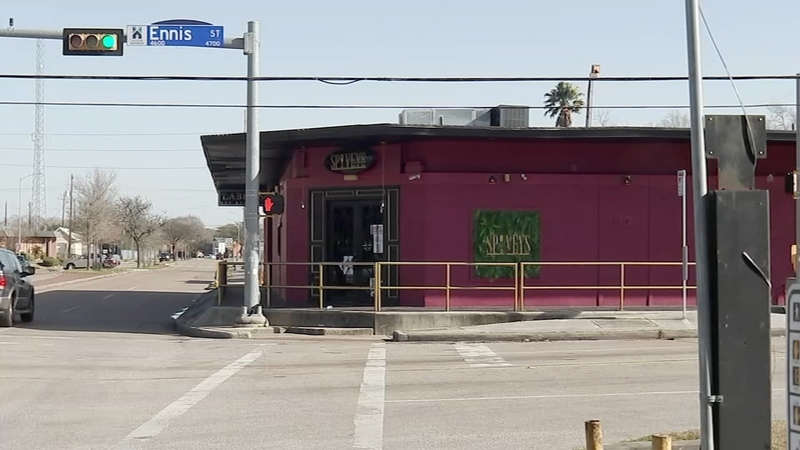 HOUSTON, Texas (KTRK) -- "We have reached a crisis and a tipping point."

Members of the Third Ward community gathered Monday morning to take their concerns over recent crime directly to city and county leaders and to send a loud message: that crime has no place in their neighborhood.

The Riverside Civic Association and the MacGregor Super Neighborhood Alliance hosted an emergency meeting at Riverside Park to demand change due to nuisance crime and nuisance bars and clubs in the area.

"In Riverside Terrace alone, there are nearly 10 bars in our single family, residential community, none of which have parking or very little security," said Sharon Evans-Brooks with Riverside Park Houston.

"While some bars are good neighbors, others have been a cesspool and a hotbed of crime," Evans-Brooks continued. "We support economic development. We do not support nuisance bars and clubs in our area and in our city. So if you are a bar that is handling your business and managing your people, keeping your place safe and the community safe, we're with you. If you are not, then we are against you."

The meeting comes after a shooting that happened last Thursday at 1 a.m. at the nightclub Spivey's Uptown on Blodgett and Ennis.

Five men were shot after a fight inside the club between two groups of people that spilled outside. All of the people injured in that shooting are expected to survive.


Evans-Brooks said that the fourth point was particularly important because, according to her, the licenses in perpetuity "sets up our neighborhood as a perpetual slum really. People pay too much for these houses. They've worked their lives to get over her and this is what we see."

"There's no way in the world five people should get shot on Wednesday, and you're open on Thursday," said MacGregor Super Neighborhood Alliance's Tomaro Bell, referencing the Spivey's shooting.

Bell said that the community has reached out for help, including to TABC, but claims it was to no avail.

Members of the Third Ward community are fighting back against what they call nuisance crime and nuisance bars and clubs in their area.

"Public safety ain't political. It should be deliberate. You should not have to fight for it. You should be guaranteed public safety," Bell continued. "We pay way too much... I don't care you live... for your house, that you gotta be scared to go to the corner. You can't walk your dog. You can't take your baby in a stroller. That's not Houston. Let me tell you, yes, we want to rise over Chicago in population, but hell no to crime!"

Evans-Brooks and Bell's pleas were heard, at least directly, by the city's top two officials, Houston Mayor Sylvester Turner and HPD Chief Troy Finner, with both promising action following the shooting at Spivey's.

According to Turner, a Chapter 125 action will be filed against Spivey's by Wednesday of this week as it deals with nuisance based on the Texas Civil Practice and Remedies Code.

"We will be aggressive in saying to businesses and others, 'You have a responsibility to make sure you are protecting your patrons and your neighbors and the people that are around you and if you do not, we will take whatever steps we need to take to shut you down,'" the mayor said.

Finner echoed Turner's comments, adding that they don't take issue with businesses who are good neighbors.

Still, the meeting was as much about taking action as it was about remembering the victims of the violence.

Andy Kahan, director of victim services and advocacy with Houston Crime Stoppers, recalled two young recent victims, including 11-year-old Darius Dugas who was shot and killed while grabbing his coat.

Dugas' accused killer, 19-year-old Daveyonne Howard has been charged with murder and was out on bond for aggravated robbery at the time of the child's death.

Howard is now in the Harris County Jail.

In another case, a man was out on bond during a crash that killed 23-year-old Texas Southern University student Summer Chester. Jonathan Vera, 20, was out on bond for capital murder after a judge lowered it when the crash occurred on the North Freeway feeder road at Greens Road. That's where officials say Vera ran a red light and crashed into Chester, killing her, before he ran off. He has since been arrested and charged.