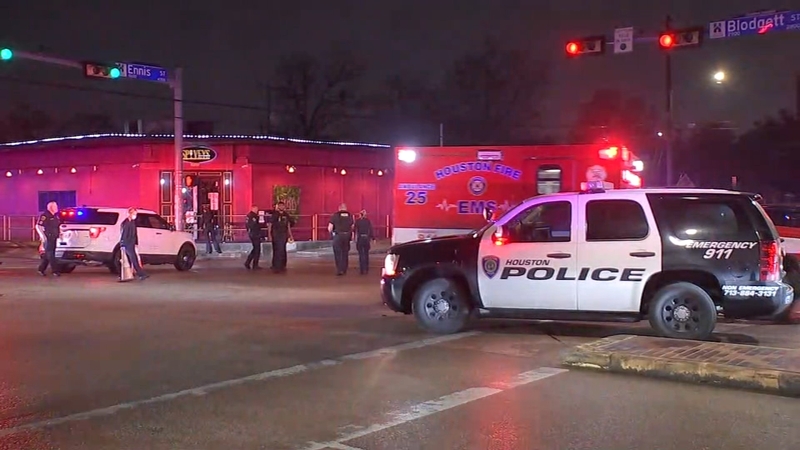 Police say they received a call around 1 a.m. that several people had been shot outside Spivey's Uptown on Blodgett and Ennis.

Officials told ABC13 that it all started with a fight inside the bar that spilled out into the street.

It's unclear where on his body the fifth man was wounded, but the person who was shot in the pelvis is in the most critical condition.

Everyone is expected to survive.

No one has been arrested.

Police are investigating if any of the people shot should be considered suspects.

Investigators are looking through surveillance video to get a sense of who started the fight or fired the first shot.