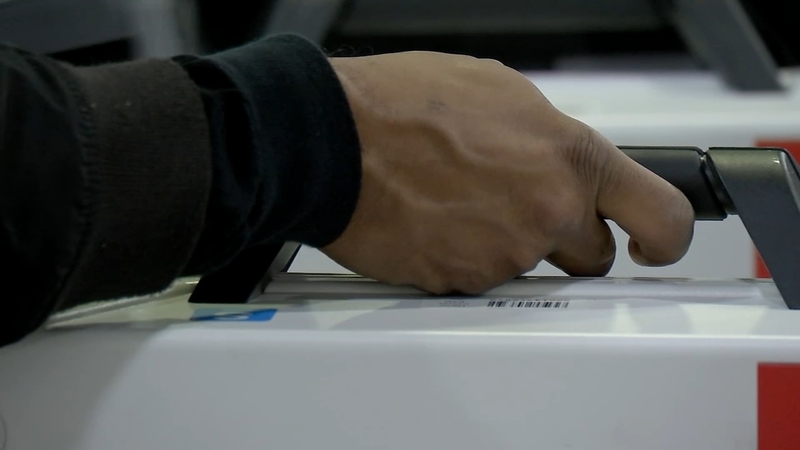 HARRIS COUNTY, Texas (KTRK) -- Political parties in Harris County are demanding answers after 10,000 mail-in ballots from both parties were not added to the original Election Night count.

As part of the demand for answers, the Harris County Republican Party filed a lawsuit against Election Administrator Isabel Longoria on Monday.

Over the weekend, Longoria announced that 6,000 Democratic ballots and 4,000 Republican ballots were scanned but never added into the unofficial results. The Secretary of State's Office discovered the error.

"The election is very legitimate. It's clean. It's above board. There's nothing going on, but if these types of errors occur, they feed conspiracy theories that there is something untoward occurring, and that undermines public confidence," said Rice University Professor Mark Jones.

The lawsuit, which lists Longoria by name, claims she interfered with the Republican chair supervision of the primary election by "failing to abide the county chair's appointment of Presiding Judges and alternate judges" and interfered with "the county chair's supervision by electing to treat a 10,000 vote discrepancy in the county as a matter 'for further investigation rather than providing the county chairs and the presiding judges the underlying data suggesting that Defendant could not get those votes counted before a court-imposed deadline."

"This is completely disingenuous behavior by what's supposed to be the chief elections officer of the third largest county," said Republican State Senator Paul Bettencourt. "That should never happen. It can't be tolerated."

In addition, the lawsuit accuses Longoria of interfering by "failing to follow the county chairs suggestion for staging the counting station."

The discovered votes will be added to the final results Tuesday.

County Judge Lina Hidalgo confirms a review has started on Longoria and the election.

"State leadership lost their moral authority on elections the day they bought into the Big Lie and used it as the basis to pass SB1. Still, that does not absolve our own elections administrator from being expected to run a smooth and efficient election for our voters. I am eager to get a full accounting from the elections department, including any state, local, and party-level issues," Hidalgo said in a statement.

Longoria is Harris County's first-ever election administrator. Two elected officials, the county clerk and tax assessor ran elections before 2020 when Longoria's office was created, and she was appointed.

ABC13 has requested an interview with Longoria but was told she was unavailable. She is expected to answer questions at the next Harris County Commissioner's Court meeting on March 8.