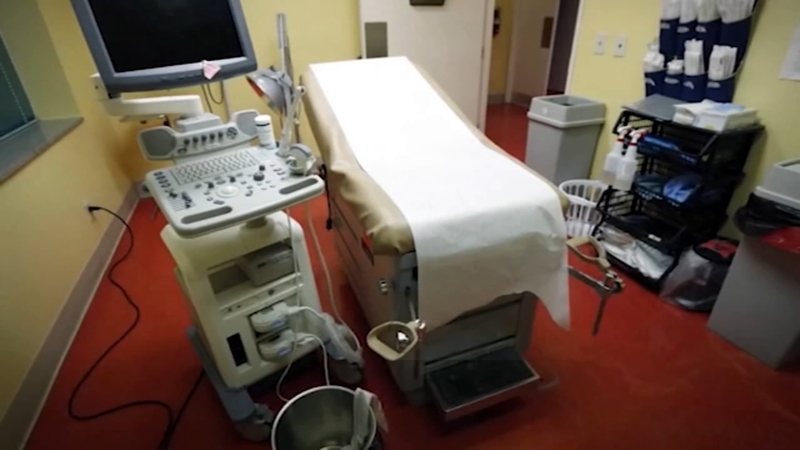 RIO GRANDE CITY, Texas (KTRK) -- After charging a woman with murder over a self-induced abortion, forcing her to spend three days in jail and drawing national attention, Starr County officials announced Sunday they would change course and move to dismiss the case.

Lizelle Herrera was arrested Thursday and held in jail on a $500,000 bond, court records show. She was released on bail Saturday, according to jail records and a local abortion fund. The district attorney had presented the possible murder charge to a grand jury last month, leading to her indictment and arrest, before his Sunday announcement.

"In reviewing applicable Texas law, it is clear that Ms. Herrera cannot and should not be prosecuted for the allegation against her," Gocha Allen Ramirez, the district attorney in Starr County, said in a news release.

Few details on the case have been made public, including how the abortion was performed and how far along the pregnancy had been. Ramirez's news release said a hospital reported the January abortion to the Starr County Sheriff's Department, prompting the criminal investigation and murder indictment.

It's also unclear under which statute Herrera was charged. Texas law exempts a pregnant person from being charged with murder or any lesser homicide charge for an abortion. The pregnant person is also typically excluded from lesser criminal charges if abortion laws are broken, as state laws instead target the provider.

"For pregnant people, the rule in the state of Texas has essentially always been since the beginning of criminalization of abortion that the pregnant person can not be prosecuted," said Elizabeth Sepper, a law professor at the University of Texas at Austin.
Herrera's lawyer, Calixtro Villarreal, declined to comment on the case Sunday.

Herrera's arrest, first reported by The Monitor in McAllen, quickly became national news, in part because Texas lawmakers recently passed a law to prohibit abortions after about six weeks of pregnancy. But that law, which went into effect in September, doesn't have any criminal repercussions. Instead, enforcement of the law can only be carried out by private citizens who may sue abortion providers and anyone involved in aiding or abetting an abortion after fetal cardiac activity is detected.

Last year, Texas also narrowed the window in which physicians are allowed to give abortion-inducing medication to patients from 10 weeks to seven weeks into pregnancy and banned mailing such drugs. But again, pregnant patients are not subject to criminal enforcement under the new law, according to statute. Accused providers would face possible lower-level felony charges, which carry a maximum punishment of two years in state jail.


Dana Sussman with the National Advocates for Pregnant Women said that because of the recent anti-abortion laws in Texas, Herrera's arrest was unconstitutional but "somewhat expected."

"What the laws in Texas and elsewhere claim to be doing is criminalizing the provision of certain types of care," she told The Texas Tribune on Friday. "But what we know is the reality from our cases, and from what we've seen in the past and we're currently seeing, is that the people who actually experienced pregnancy will also face criminalization."

Sepper, who specializes in gender and health law, said there have been cases in other states of anti-abortion prosecutors seeking to expand criminalization against people who had abortions, for instance on child neglect charges. She said it appeared Starr County officials knew "what message this might send to other people capable of becoming pregnant in the area, to tell them that they could face criminal consequences."

Despite pursuing a murder charge originally, Ramirez said Sunday he hoped his dismissal will make "clear that Ms. Herrera did not commit a criminal act under the laws of the State of Texas."

"Although with this dismissal Ms. Herrera will not face prosecution for this incident, it is clear to me that the events leading up to this indictment have taken a toll on Ms. Herrera and her family," he said.

Jason Beeferman contributed to this report.