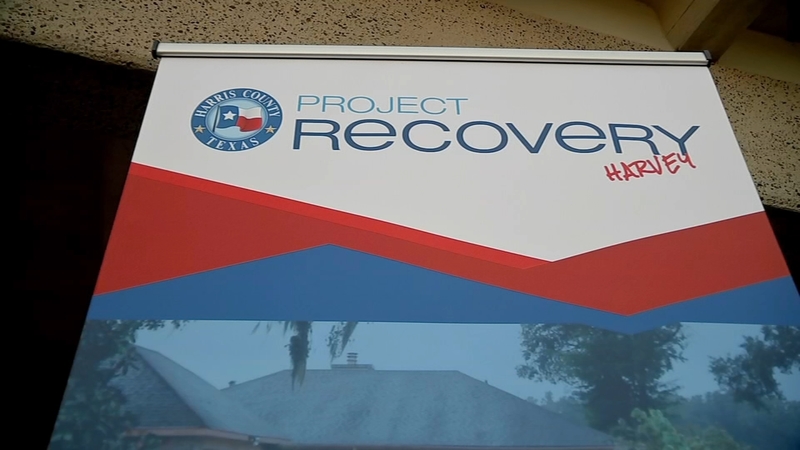 UPDATE: The Texas General Land Office said on July 10 that a judge denied the city's request for a temporary restraining order.

HOUSTON, Texas (KTRK) -- Nearly three years after Hurricane Harvey, the city of Houston and Texas General Land Office are at odds over $1.27 billion in grant funding allocated by the U.S. Department of Housing and Urban Development for Houstonians who lost their homes during the storm in August 2017.

"The GLO is playing politics with citizens who need their Harvey-damaged homes repaired," Mayor Sylvester Turner said in a news release on Wednesday. "I am disappointed the state agency is engaged in an illegal attempt to take control of the funds, without any regard to those who need help."

Turner, in the lawsuit filed Wednesday in Travis County district court, is seeking a temporary restraining order and temporary and permanent injunctions to block the GLO from taking over $1.27 billion in funding.

Still, the GLO announced in April that it would be taking over control of some of Houston's aid, saying the progress isn't there and the city "hindered" recovery for thousands of 2017 flood victims still waiting for relief years after the storm.

Bush sent a letter to Turner in April issuing a "notice of intent to eliminate funding" and end city oversight of Harvey recovery aid.

At the time, Turner announced his intent to take legal action and blamed the decision to end city oversight of the program on "politics," saying the GLO previously said it was satisfied with the city's actions in spending the funds following an audit and review.

Since taking over the program about three months ago, the GLO has finished building one home, and is currently building two more.

The city says it is only 1.5 years into its six-year grant for spending the funds on victims and that its programs are better suited for Houstonians than the GLO's program.

"The city has specifically created its programs to ensure that Houston's most vulnerable residents are able to recover from Harvey. At the heart of the dispute with the GLO is whether the state will allow local control to meet the community's priorities or whether the state can override the priority's set by the local community," according to a city of Houston news release Wednesday.

Still, there are concerns that too few storm victims have received aid.

"This is not about politics. This is not about who's in charge. This is about getting homes for those people that need a home that are still in need this long after Hurricane Harvey," GLO spokesperson Brittany Eck said in April.