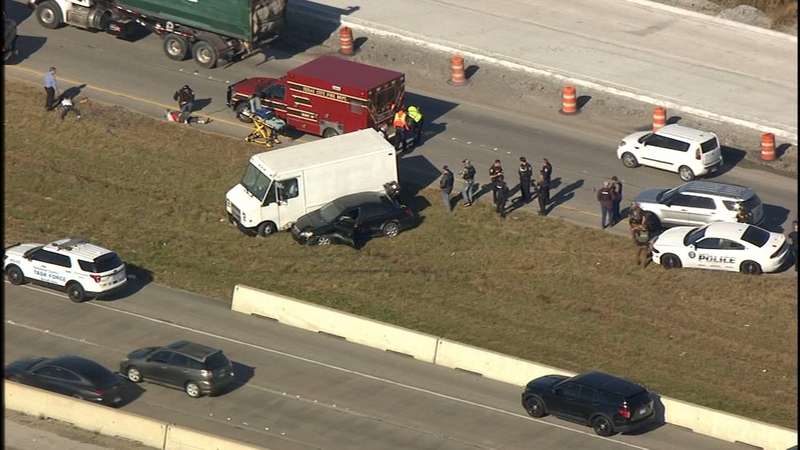 TEXAS CITY, Texas (KTRK) -- A chase with an armed suspect ended on I-45 northbound at Holland Road in Texas City Friday afternoon.

Webster police were pursing a black Toyota they believed to be stolen for 30 minutes before the chase came to an end right across the street from the Tanger Outlet Mall.

It all started at about 1:45 p.m. when a Webster police officer spotted the vehicle being driven by a 46-year-old man who officials say had several open felony warrants. The officer observed a traffic violation and tried to stop the vehicle, but the driver refused to stop.

Webster, League City and Friendswood police departments pursued the vehicle for about 70 miles through Harris, Galveston and Brazoria counties. The man then crashed the stolen vehicle into an uninvolved box truck and was taken into custody after a brief stand-off.

The two occupants in the box truck were transported by ambulance to the hospital for treatment of minor injuries.