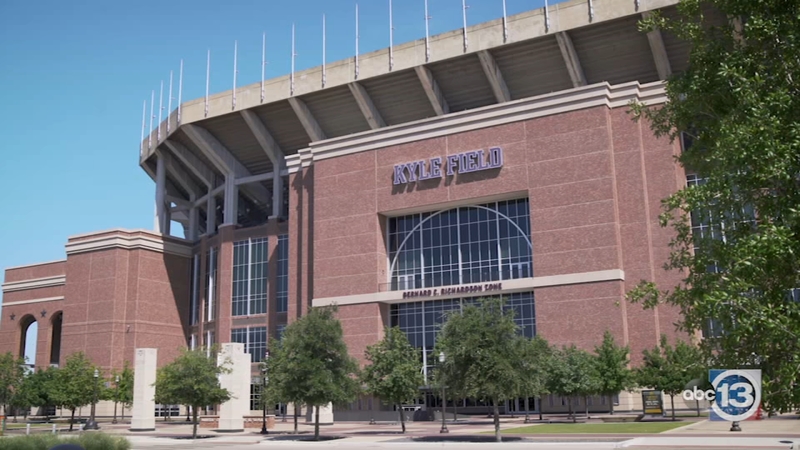 Texas A&M board of regents to meet on 'SEC issues'

The University of Texas' move out of the Big 12 Conference is likely to come in a matter of days. Then, it appears the school will join the SEC.

The most-likely scenario has the Longhorns and OU making their debuts in the Southeastern Conference with the 2023 football season. That gives both schools time to negotiate the terms of their Big 12 exit.

With a seismic shift in college athletics, the lone SEC school in the state isn't sitting idly by as the moves are in the works. Neither are some state lawmakers.

On Monday, the Texas A&M System Board of Regents is scheduled to hold a special meeting on issues related to the school and the SEC.

Regents are set to meet at 5 p.m. and move to an executive session, which is closed to the public.

Once the closed session wraps up, the board will meet in an open session to discuss and take possible action on contractual and governance issues, according to a statement from the Texas A&M University System.

While the specific details of those issues aren't exactly known, it is clear that A&M had a "gentleman's agreement" with other SEC schools that gave them "absolute veto power" over adding another school to the conference, according to R. Bowen Loftin, Texas A&M's president emeritus.

On Saturday, Texas A&M University's President M. Katherine Banks released the following statement:
The last few days have been challenging in many ways, and I recognize that change in college athletics often is unsettling for those who love their institutions. Rest assured, the chancellor, our athletic director, and I, and everyone involved in this matter are focused solely on what is best for Texas A&M University. Since 2011, we have been a proud member of the best intercollegiate athletic conference in history and we look forward to continued success in our SEC partnership for many years to come.

Down the street from the famed 40 acres in Austin, a group of Texas lawmakers filed legislation Friday that would prohibit Texas public colleges and universities from switching their affiliations with collegiate athletic conferences without approval from the Legislature. The filing is largely symbolic with legislative business at a halt due to the self-imposed exile of Texas Democrats.

The Austin American-Statesman reported Friday that a Big 12 source believed talks between the SEC, UT and OU had been ongoing for more than six months, though SEC member Texas A&M had been left out of the discussions. An SEC source told ESPN's Heather Dinich that it's inaccurate that A&M was left out of the conversation.
The departure of UT and OU from the Big 12 likely spells trouble for the conference, though it won't be broke if it happens.

ESPN reported Thursday that both Texas and Oklahoma would likely owe the Big 12 upward of $76 million apiece to buy out the remainder of their grant of media rights agreement, which runs until 2025. A new agreement with the SEC, however, would likely make that price tag easily affordable for the two powerhouse programs.

Big 12 officials held a call Thursday to discuss the league's future, with both Texas and Oklahoma absent from the discussion.
If the move becomes reality, the fallout for the rest of college football would be massive, and the administrator believes the larger impact could significantly damage the sport.

Several ACC athletic directors believed that in the next few years, their league would make a push to add both Texas and Oklahoma -- along with Notre Dame, which currently is a partial ACC member -- as it looks to restructure its TV contract, but the suddenness of the Longhorns' and Sooners' move to the SEC took them by surprise.

One ACC AD wondered if this could be the first domino leading to a massive shake-up that would ultimately result in a 32-team superconference. Two other ADs suggested that the best path forward might be for the ACC, Pac-12 and others to work together toward a new media rights package that could help counter the outsized strength a 16-team SEC would command, though one AD also said he believed there was minimal value in what would remain of the Big 12.