Sen. Ted Cruz responds after video showed Capitol rioter saying senator 'would want us to do this' 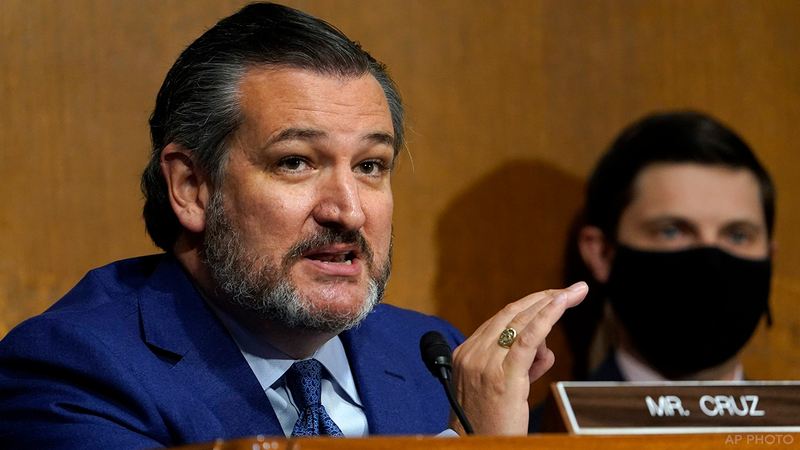 HOUSTON, Texas (KTRK) -- Days after The New Yorker released video showing a shocking, inside look at the U.S. Capitol siege, Texas Sen. Ted Cruz is, once again, condemning their actions.

In a portion of the nearly 12-minute video, documented by Luke Mogelson, a veteran war correspondent and a contributing writer at The New Yorker, rioters were seen examining a document and were heard saying, "Ted Cruz would want us to do this, so I think we're good."

However, it's unclear what the rioters were referring to.


Meanwhile, a spokesperson for Sen. Cruz issued a statement Sunday afternoon saying, "As Sen. Cruz has said repeatedly, the terrorist attack on the Capitol was reprehensible, and the criminals who carried out the attack should be fully prosecuted. He has been clear, consistent, and unequivocal: violence is always wrong-whether from Left or Right-and violent criminals should go to jail for a very long time."

Cruz, who is facing intense calls for his resignation, told ABC13 one day after the riots that his intent to oppose Joe Biden's electoral win was based on legality and to fight voter fraud.

He also insisted that he did not agree and has never agreed with the sitting president's rhetoric that fired up the chaos and left four people dead.

In the video player below, watch Sen. Cruz's full exclusive interview, which covers his own experience inside the Capitol building and whether he believes Pres. Trump should be out of office immediately.