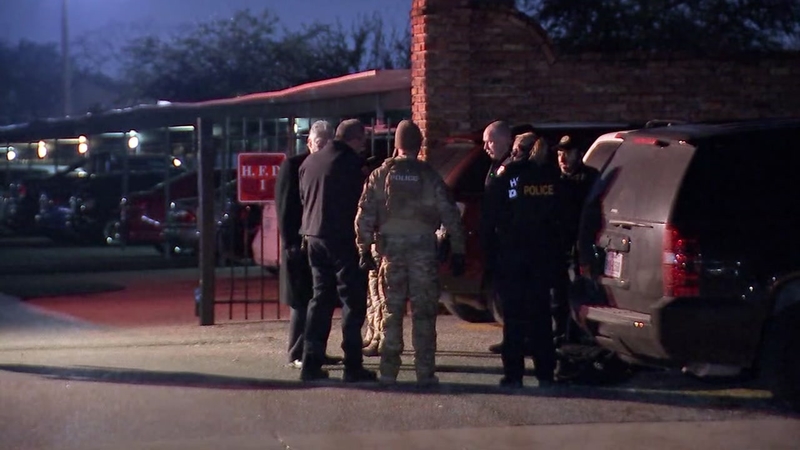 HOUSTON, Texas (KTRK) -- A standoff ended in southwest Houston after a SWAT negotiator talked a suicidal man out of his apartment.

Police said the VA crisis hotline received a call just before 2 a.m. from a man in his 60s threatening suicide at an apartment complex on Beverly Hill near Richmond Avenue.

Authorities arrived and evacuated some nearby apartments.

They tried to get the man to come out, but he refused. Police said they were getting information relayed to them from the crisis hotline.

The person at the VA crisis hotline heard clicking on the other end of the call and said the man was playing Russian roulette.