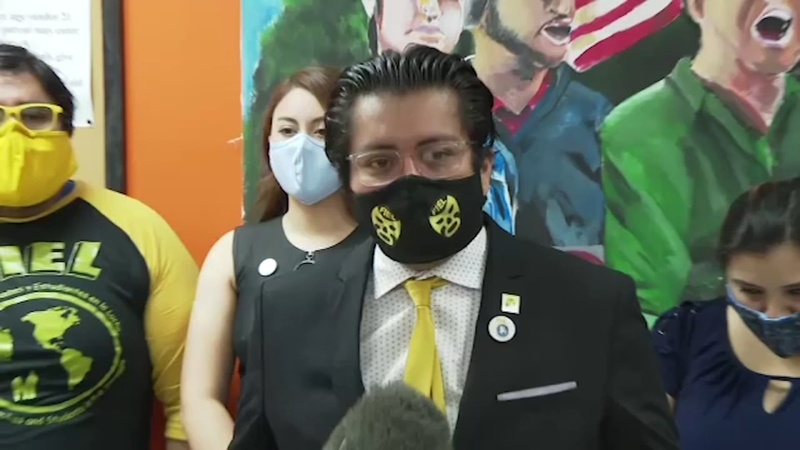 HOUSTON, Texas (KTRK) -- A 5-4 ruling today by the U.S. Supreme Court halted the President's move to eliminate the Deferred Action for Childhood Arrivals program that allowed children, brought into the country without immigration status, to remain.

DACA has an estimated 700,000 people enrolled around the country, and about 65,000 here in Houston. On Thursday, the director of FIEL, an immigrant advocacy group, applauded the ruling.

"It's a win, but it's not over yet," said Cesar Espinosa, executive director of the immigration advocacy group, FIEL. "It's not a sprint but a marathon."

The court ruling was based not on the merits of DACA but the way the case was presented.

"It didn't follow the administrative procedure act in terminating DACA," said FIEL's attorney, Roberto Quijano. "In theory, they can present the case to the court again."

Other attorneys viewed the court decision as giving the administration a road map on what to correct before presenting it in the future.

"You turned in your homework. and the memo you wrote explaining it didn't have all the detail we need. Just a touch more. So start over," Sen. Ted Cruz said, criticizing the move.

The decision buys those on DACA some time and may allow others to apply for the program. Those already enrolled have to reapply every two years at a cost of $800, which some can't afford.

DACA has allowed children, who were granted the status, to grow into adults with education, social security numbers and jobs. The one thing they don't have is citizenship, which prevents Devone Gonzales from becoming a police officer.

"It was my dream," she said. "I love Houston and wanted to serve my community."

It also prevents them from voting, which is why they're appealing to those who support their cause to take action by voting.

It's estimated that many DACA recipients are working on the front lines during COVID 19 in service industries and medicine as doctors, nurses, technicians and more.