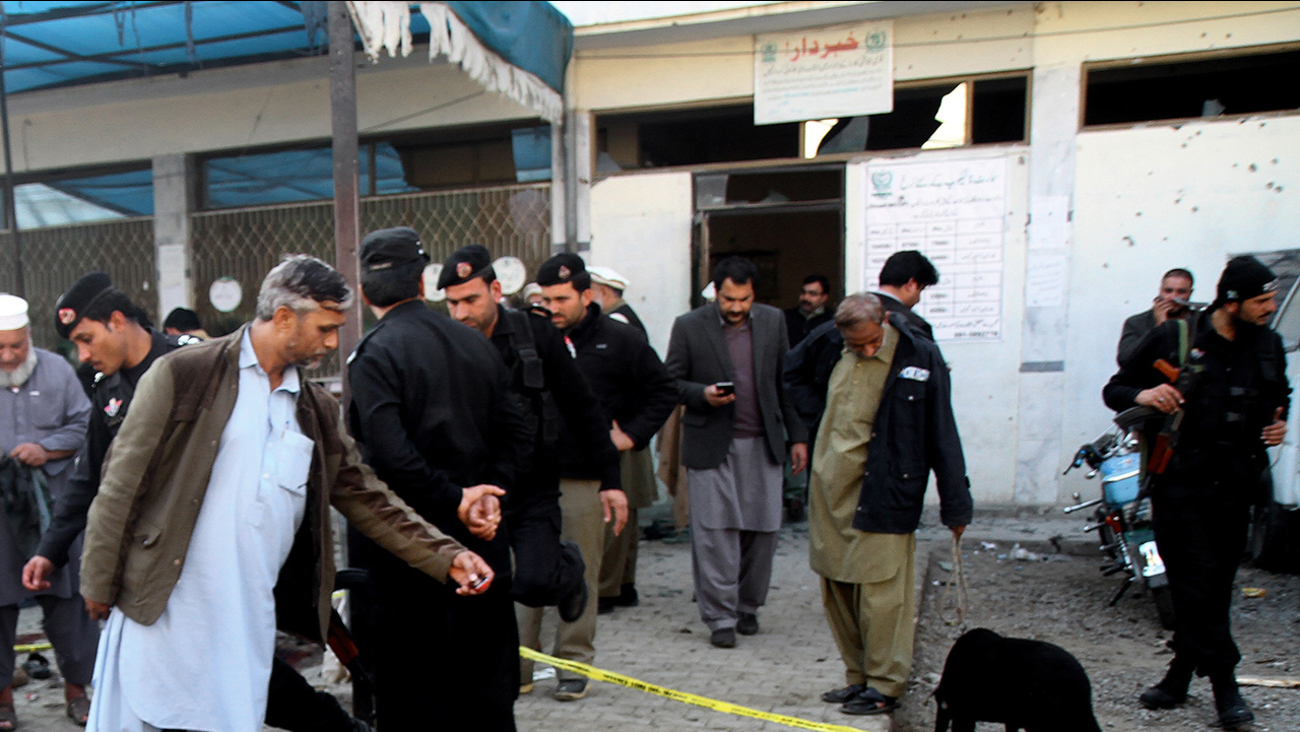 PESHAWAR, Pakistan -- A suicide bomber blew himself up outside a government office in a northwestern Pakistani city on Tuesday, killing at least 22 people and wounding 45. A breakaway Taliban group quickly claimed responsibility for the attack.