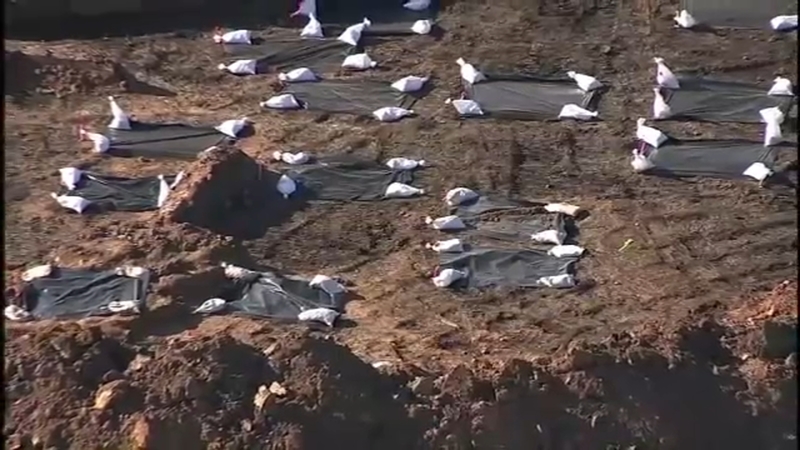 SUGAR LAND, Texas (KTRK) -- A new report is revealing more hidden history after a contractor at a construction site for Fort Bend ISD's new James Reese Career and Technical Center made a gruesome discovery back in 2018.

The forgotten, unmarked cemetery was unearthed and now, a new report is showing us the men likely labored and died at the Bullhead Convict Labor Camp some time between 1879 and 1909.

New data provides a closer look at the tragedy and joins names with the bodies of the Sugar Land 95.

ABC13 learned the 95 men were likely part of a state sanctioned convict leasing system which operated in Texas, even after the abolition of slavery.

Fort Bend County ISD released the names and detailed descriptions of the laborers.

"Laboratory analysis has concluded that the remains of the men who labored and died on Bullhead Camp showed signs of disease, repeated injury, and gunshot wounds likely sustained during escape attempts," the report read.

Researchers say one or more of those things happened to Nathan Pope. He was just 18 years old and was imprisoned after being convicted for burglary. He died in 1879 after two days of being at the Freeman Camp during an escape attempt.

Then there's Robert Brown who served at several convict camps. The report states he died like many others at the camp, of heat stroke.

The researcher goes on to say, "They endured the indignity of corporal punishment, hunger, insufficient clothing, exposure, and severe overwork. The study of their remains was an opportunity to reveal the results of another form of slavery that lasted for nearly 50 years past the end of the Civil War. The data presented here provides a close look at the tragedy that befell the men who died on Bullhead Convict Labor Camp between 1879 and 1909."