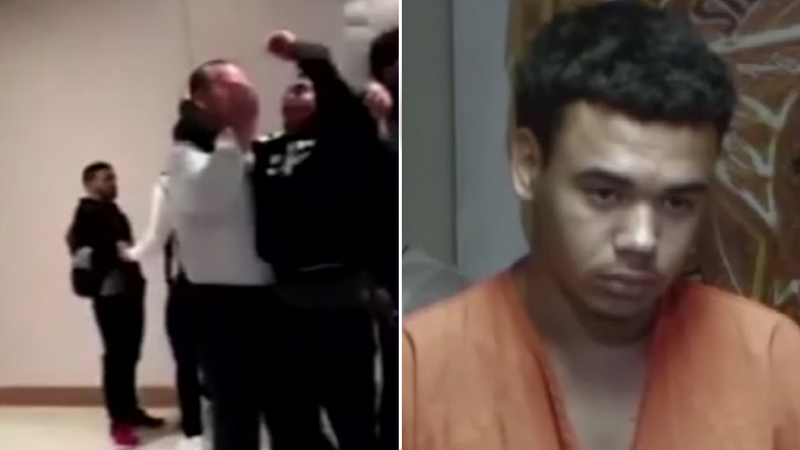 MIAMI, Florida (KTRK) -- A high school student in south Florida was arrested after his attempt at performing a WWE wrestling move on his principal wound up with the administrator putting him in a headlock.

WPLG reports 18-year-old Gianny Sosa was charged with battery on a school official and interference with an educational institution.

A video shows the attempt, which includes the student wrapping his arms around the adult's neck while yelling out "RKO," which is a move attributed to wrestler Randy Orton. The student then tries to bring the man's neck to the ground, but is quickly grabbed by the administrator.

The TV station says the teen was then grabbed in a headlock and dragged into an empty classroom. He was then arrested and later spent two nights in jail.

He was released on Friday without posting bail.

An arrest report stated the school's principal, Humberto Miret, was adamant about pursuing charges against Sosa.

Sosa told WTVJ he never intended to injure his principal. He also insisted he had joked with the principal before.

"What I did, it wasn't intentional. I wasn't trying to hurt nobody," Sosa said.