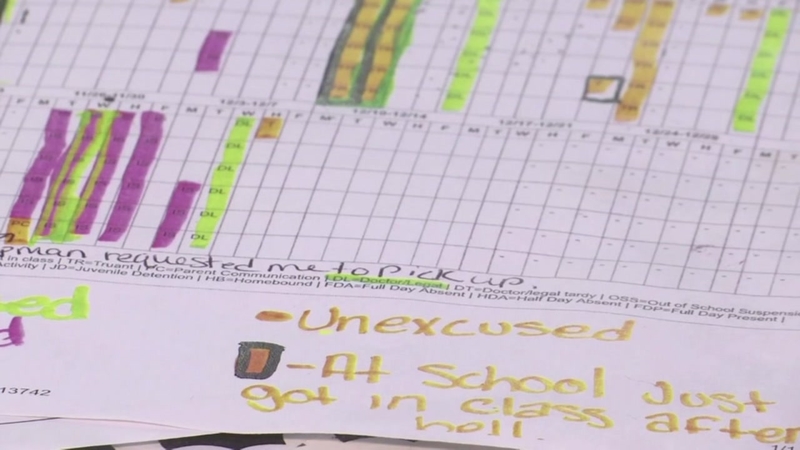 Student arrested for missing too many days at school

MUSKOGEE, Oklahoma -- A 14-year-old student in Oklahoma was led out of class in handcuffs for allegedly missing too many days of school in a move that the school system says is perfectly legal.

The teen's mom, Stephanie, says her son was treated like a criminal when police pulled him out of class at Alice Robertson Junior High and took him to an intervention center located behind the county jail.

"Even if it's 20, they shouldn't have handcuffed him in front of everybody," Stephanie, who didn't want to give her last name, told KOKI. "Them arresting him, putting handcuffs on him, and leaving marks on him and traumatizing him, in my perspective, is unacceptable."

She says most of the days her son missed were excused with doctor's notices.

As for the other absences, Stephanie said they couldn't always be helped.

"Kids get sick, and they don't always have to have a doctor's note," she explained.

The district says it warned students at the beginning of the year that truancy would be handled as a serious issue.

"We want our students to be in school. They can't learn if they are not there," said Muskogee Schools spokesman Steve Braun.

The district claims Stephanie was sent a truancy citation that she never signed. If parents don't sign the form, students are then taken to the center, where parents are forced to pick up their kids and sign the citation.

"I am willing to take responsibility for the days that he did miss," Stephanie said.

The district says it's working to improve communication with parents to avoid situations like this in the future.
Report a correction or typo
Related topics:
educationoklahomastudent arrestedu.s. & worldtruancy
More Videos
From CNN Newsource affiliates
TOP STORIES