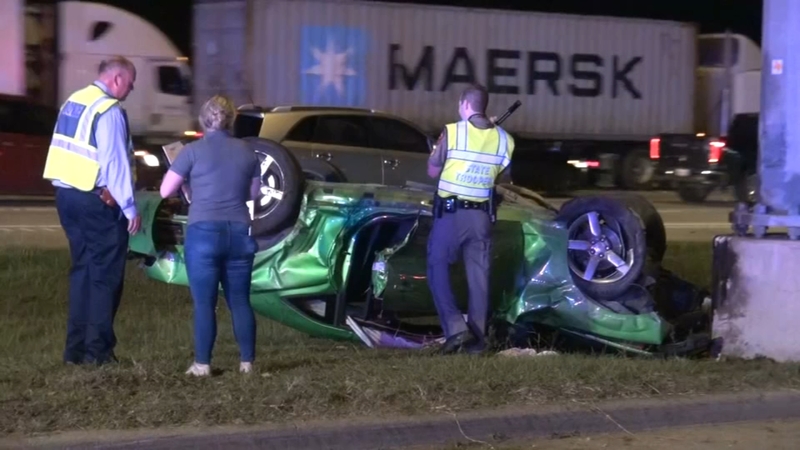 MONTGOMERY COUNTY, Texas (KTRK) -- A woman was killed Saturday morning and another was critically injured in what authorities called a street racing crash on the freeway.

The drivers of a green Camaro and a gray Camaro were racing on the freeway when both drivers crashed, according to the Texas Department of Public Safety.

Authorities said they found the green Camaro upside down and heavily damaged from crashing into a light pole with two women inside. One of the women, a 24-year-old died at the scene. The other woman inside was taken to Memorial Hermann The Woodlands in critical condition.

Several hundred yards away, crews found the gray Camaro had crossed the median and the feeder road before crashing into a tree. A man and woman inside that vehicle were not hurt, authorities said. The woman was believed to have been driving and was arrested at the scene on suspicion of intoxication.