Mom alerted to massive fire next door by good Samaritan 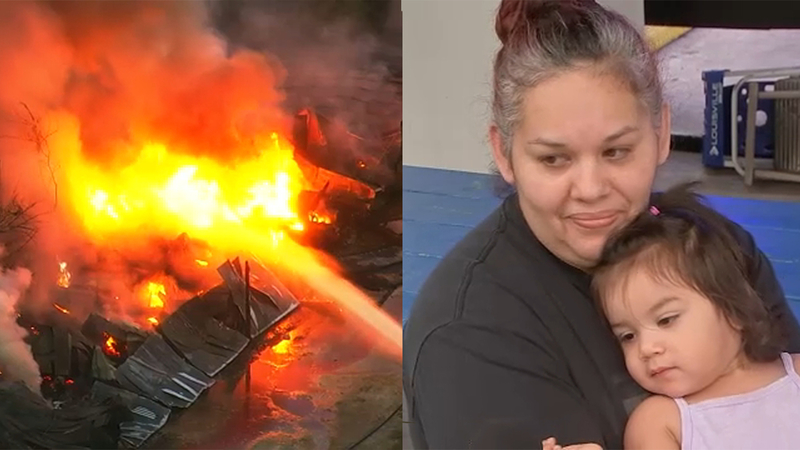 PASADENA, Texas (KTRK) -- More than a dozen units were severely damaged Thursday morning by a large fire that spread through a storage facility.

Flames shot high into the air as firefighters responded to the facility around 6:15 a.m. in the 2600 block of Allen-Genoa near S. Houston Road.

No injuries were reported and it wasn't clear what was inside the units that were destroyed.

Next door, Mara Camberos said she was cooking breakfast for her four daughters and granddaughter when Andrew Baker alerted her to the fire.

"I was getting off work and I when I was coming through, I could see the smoke and smell it, and that's when I saw the fire," Baker said.

Camberos was able to get her family away from the potential danger. In the end, her home wasn't damaged.

A family of 6 were home next to the storage facility when a passerby banged on their door to let them know about the fire! The mom and her five daughters got out! No damage to their home, but Pasadena Fire says 24 storage units have damage, 12 have sever damage. @abc13houston pic.twitter.com/CwE2HdCDPn

Sections of sheet metal were torn from the structures as crews hosed down the flames and debris that was left.

The facility is located behind a gas station and car wash. No other structures appeared to be threatened by the fire.

Andrew Baker was nearby when the fire broke out Thursday morning at the storage facility on Allen-Genoa.

A better look at the storage units. We’re waiting to get more info from Pasadena FD. @abc13houston pic.twitter.com/EYvwBLRg8A

About a dozen storage units were destroyed Thursday morning in the 2600 block of Allen-Genoa near Red Bluff.