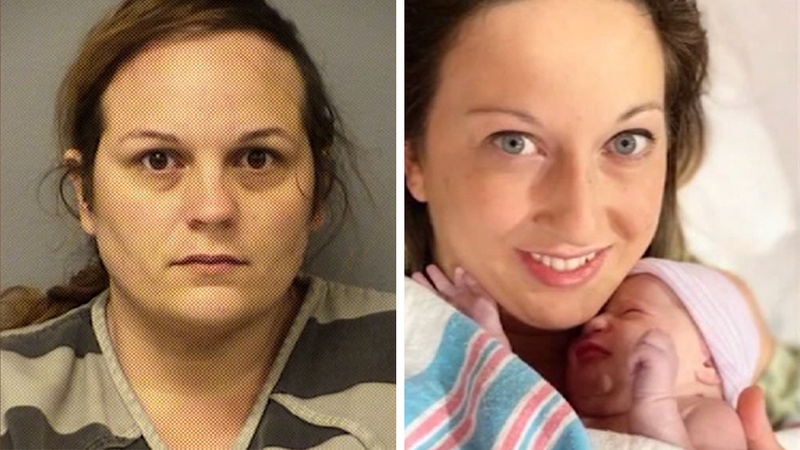 HOUSTON, Texas (KTRK) -- The Harris County woman accused of kidnapping and killing her childhood friend in order to steal her baby is scheduled to be in court Thursday morning.

Magen Rose Fieramusca, 36, is charged in Travis County with capital murder, tampering with evidence and two counts of kidnapping. She has been in jail since her arrest in December 2019, accused of kidnapping and killing Heidi Broussard.

Here's what we know about a missing Austin mom, her baby and the friend who is charged in the mom's death.

Broussard went missing in Austin on Dec. 12, 2019. A surveillance camera captured her at her son's school before authorities say she got into a car with Fieramusca. Broussard had her baby, Margo, with her. She was just a few weeks old.

A week later, Broussard's body was found in the trunk of the car hidden behind the home of Fieramusca's boyfriend near Jersey Village. She had been strangled, according to the Harris County Institute of Forensic Sciences. Baby Margo was found inside the home with Fieramusca, unharmed. Court records said she insisted the baby was hers. DNA testing later confirmed the child was not.

Investigators believe the motive was that Fieramusca wanted a baby. She pretended to be pregnant and even registered for baby items online. Broussard's then-fiancé Shane Carey spoke about it to ABC News in January 2020.

Documents show over the course of a month, Magen Fieramusca searched some form of "Heidi Broussard" online at least 162 times.

Thursday's hearing is expected to address a number of items, including a motion to suppress evidence that the defense filed in February. The motion claims that law enforcement had no probable cause to search Fieramusca's vehicle and home and therefore the evidence obtained should be suppressed, it says.

The hearing will be the first one held in months in the case and the first one in person in nearly two years. Fieramusca's last hearing was held via Zoom.

The baby, Margo Cary, is now 2 years old. Her father's most recent post on Facebook was exactly two years since he last saw Broussard.

On Dec. 12, 2021 he wrote, "I can't believe it's been two years since my kids mother was taken from us. These past two years have been so challenging without Heidi, but we have found ways to remember her every day. We miss her more than words can describe."