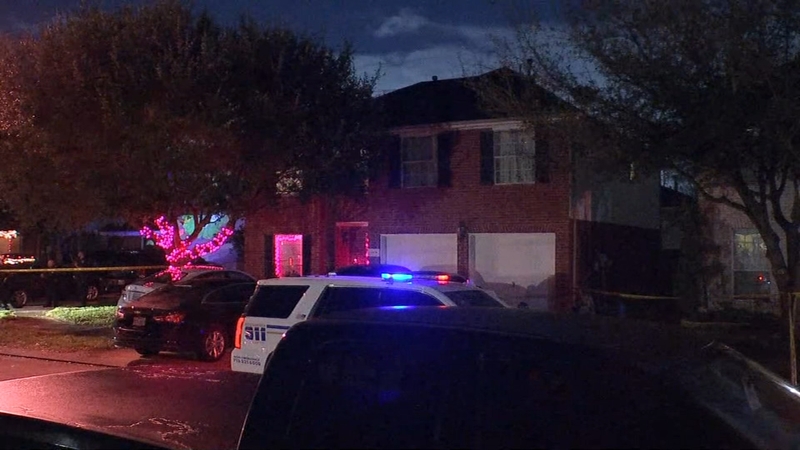 HARRIS COUNTY, Texas (KTRK) -- A 17-year-old has been detained after his 42-year-old stepfather was shot and killed in northwest Harris County overnight.

During an investigation, deputies learned that Ramos and his 17-year-old stepson got into a verbal altercation that became physical, and led to the shooting.

Last night, @HCSOTexas Homicide Investigators responded to a shooting at 5900 Sattler Park. Upon arrival, units found 42-yr-old Ismael Ramos unresponsive from several gunshot wounds. Ramos was pronounced deceased at the scene. It was determined that the male and his 17-yr-old pic.twitter.com/2B1PWf8nrP

Investigators believe the argument may have stemmed from Ramos discharging a firearm in the backyard of the home earlier in the day.

The case will be presented to a Harris County Grand Jury for disposition, according to Sheriff Ed Gonzalez.

The 17-year-old stepson was detained at the scene and has been cooperating with investigators, deputies said.

One other adult man was in the home at the time of the shooting, according to deputies. He was not injured.

stepson had gotten into a verbal and physical altercation which led to the shooting. The argument possibly stemmed from Ramos discharging a firearm in the backyard of the residence earlier during the day. The case will be presented to a Harris County Grand Jury for disposition.