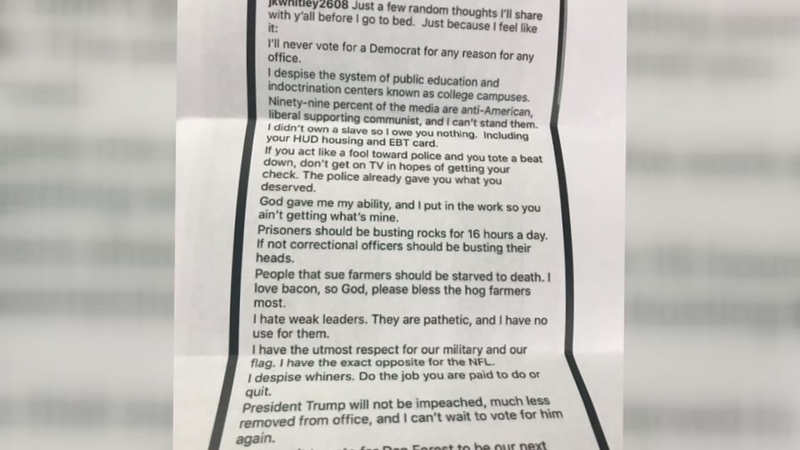 A state trooper is under investigation after a post on social media.

A viewer sent images of the post to ABC13's sister station in North Carolina. It appears to have been posted by Sgt. Jonathan Whitley, a long-time employee of the North Carolina Highway Patrol.

The post talks about slavery, prisoners, and most of all, politics.

The Highway Patrol said it is aware of the post. Whitley is on administrative duty while an investigation is going on.

In it, he writes: "I despise the system of public education and indoctrination centers known as college campuses. Ninety-nine percent of media are anti-American, liberal supporting communists, and I can't stand them.

"I didn't own a slave so I owe you nothing, including your HUD housing and EBT card," he continued.

He also praised the work that police and corrections officers do. He also saluted the military and talked about his disgust for the NFL.

He ended it with: "President Trump will not be impeached, much less removed from office, and I can't wait to vote for him again."