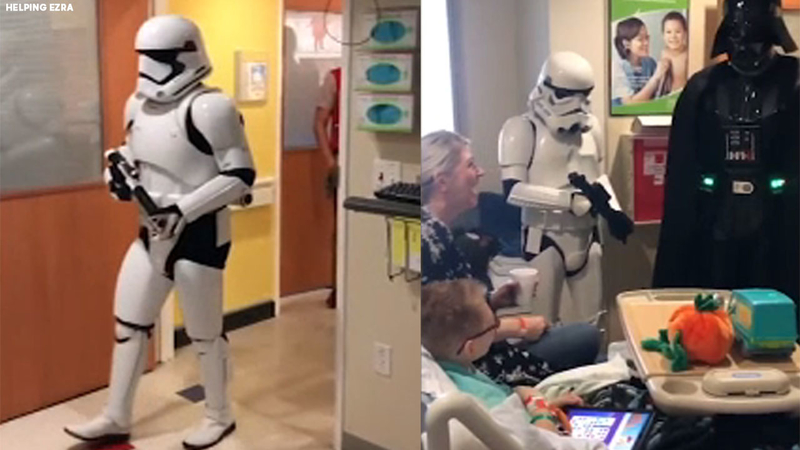 8-year-old gets surprise from Darth Vader and Storm Troopers

HOUSTON, Texas (KTRK) -- An 8-year-old boy at Memorial Hermann Hospital got a surprise from a galaxy far, far away.

Darth Vader and some Storm Troopers stepped out of the dark side to bring Ezra Menke a smile.

Little Ezra's day was made a little brighter when he received a visit by performers from the 501st Legion, "the world's definitive Imperial costuming organization," according to the group's twitter.

Ezra, who was diagnosed with a rare genetic disorder known as Gould Syndrome, has been in and out of hospitals for the last seven years and recently underwent a fourth brain surgery.

In the video shared, he can be heard saying how "awesome" the visit was.