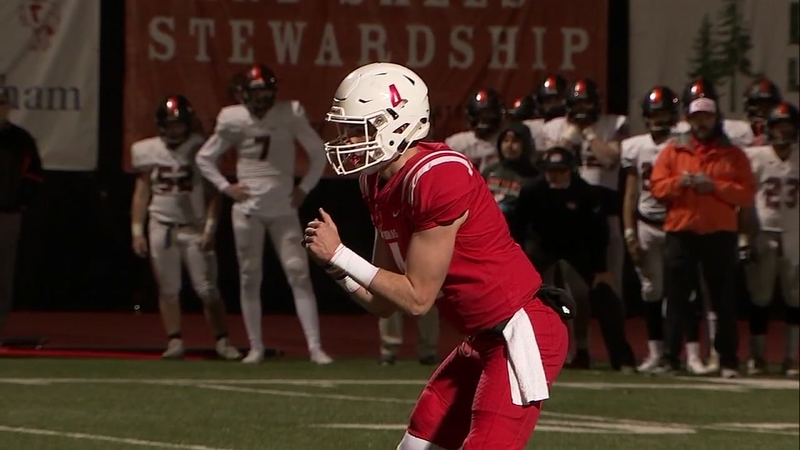 HOUSTON, Texas (KTRK) -- The St. Thomas Eagles are riding high into the playoffs, after defeating their rival, the St. Pius X Panthers, 52-49.

St. Thomas finished the season with a record of 5-5, but won four straight games to go undefeated in district, securing a playoff spot.

Scoring started early, with the Panthers returning the opening kickoff 102 yards for the score and an early 7-0 lead.

The Panthers managed to take a 21-13 lead into halftime, but were unable to hold on in the second half.