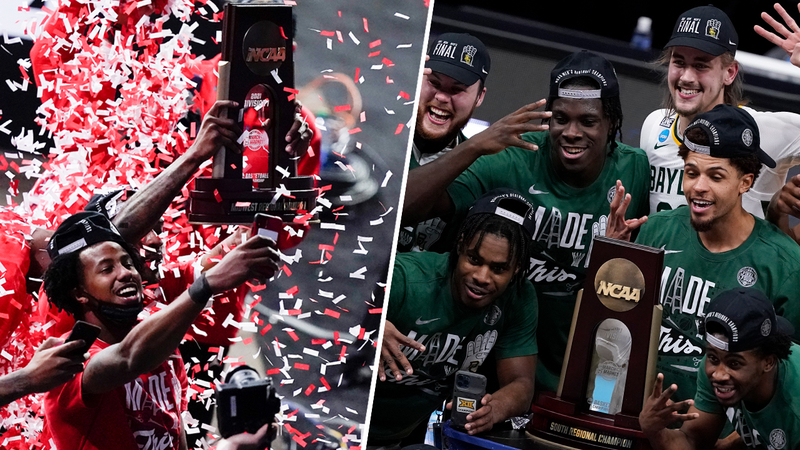 Texas showdown: What to know about UH vs. Baylor

The University of Houston Cougars men's basketball team and the Baylor Bears have Texas two-stepped their way into an NCAA showdown.

Both teams will keep dancing in the tournament as they face each other in the Final Four this weekend, setting up an historic match-up. Instead of slipping on their cowboy boots, they'll be lacing up their sneakers for this battle on the hardwood.

Yes, we are going to milk the Texas puns until the cows come home. Or at least until one of these teams brings home an NCAA championship.

Get familiar with these five things about the upcoming game, while we go work on our twangy Texas jokes.

Why is this Baylor and University of Houston match-up so historic?

For starters, the Cougars and Bears will do something never seen before in the history of the NCAA basketball tournament. For the first time, two Texas teams are in the Final Four in the same year.

How did we get here? The Bears held off the Arkansas Razorbacks in the Elite Eight, winning 81-72 to advance to the next leg of this tournament.

Meanwhile, the Coogs took care of business in their own regional semifinal by beating the Oregon State Beavers in a contest that was a blowout at first, but like everything involving Houston sports teams, came down to the wire. The Cougars put the Beavers away 67-61.

And for the record, there's only room for one beaver, OSU, and that's our beloved mascot for Buc-ee's. Notice that even he must have been a Coogs' fan because he sports a red cap.

You can click this link to get a full game recap.

Here are some other quick points to impress your friends:

Baylor last made the Final Four in 1950. What was life like in 1950? Well, at the time, America was at the height of a postwar boom, especially when it came to suburbs, the economy and babies. But it was also a time of conflict as people began to speak out against inequality and injustice, sparking the Civil Rights movement.

In pop culture, it was also the dawn of the television and the emergence of rock 'n' roll. You couldn't spoil TV show endings on Twitter yet, and neither Baylor nor UH's head coaches were born (though Kelvin Sampson would come along five years later).

In 1950, Baylor's head coach was Bill Henderson and their record was barely over .500, sitting at 14-13, but the tournament was based on geography at the time and not seeding.

This will be Baylor's third Final Four appearance. Their previous trips were both held at Madison Square Garden, where the New York Knicks play.

From NOLA to Houston

For two UH players, this trip is a lifetime in the making.

DeJon Jarreau and Brison Gresham both went to high school together in New Orleans.

"Man, I can't even explain the feeling, growing up with Brison. We met in the ninth grade. We've been through everything together. UMass (University of Massachusetts), left UMass, attended Big Spring (Springfield) for a year, came to Houston, and it's our third year at Houston. You know, it's like a dream come true," Jarreau said. "We always talked about this, being somewhere as a package deal. And now, being in the Final Four together, that's just a story that is worth telling. I feel like we definitely deserve a '30 for 30' (ESPN documentary) for this. I'm just very happy to have him on my side as my best friend, and the feeling is unexplainable."

The teammates have shared their story before, explaining that it wasn't exactly brotherly love between them like it is now.

"It kind of started off like a bad relationship really. Because I used to get on his nerves a lot. He really didn't like me that much," Jarreau told PaperCity in 2019.

Now, they're working together to help Houston go all the way.

Kellen Sampson, a head coach in waiting and one of the Coogs' assistant coaches, is the son of head coach Kelvin Sampson.

Kellen has been with the program since 2014 and is known for playing an integral part in the team's success. According to a February 2020 profile on Kellen in the university paper The Daily Cougar, the younger Sampson often puts in extra hours with players one-on-one.

Kellen's tenure with UH is the first time that he has worked for his father as a full-time assistant coach. He's also the third generation from his family to work as a coach.

That love and hard work was felt in an emotional tweet Kellen shared after the Coogs advanced to the Final Four Monday night.

"This hug was worth every second of the journey," he wrote of a photo showing him hugging his dad after the game. "I hope everyone who said 'Yes' feels the emotion and the gratitude in my eyes. We'll dance as long as they play the music."

So many long nights, so many early mornings. So many times we were told ‘No’. This hug was worth every second of the journey. I hope everyone who said ‘Yes’ feels the emotion and the gratitude in my eyes. We’ll dance as long as they play the music #ForTheCity pic.twitter.com/CPdIoEpO04

But like every sports epic, there are often multiple storylines that include connections reaching back to Houston.

Father vs. Son in the Final Four:

But basketball aficionados and Houston natives alike will probably recognize that Brooks name.

The elder Brooks used to be the Cougars head coach in the '90s, becoming the program's first African American head coach and one of the nation's youngest head coaches at the time.

Brooks is a Houston native, who went to Wheatley High School.

Alvin Brooks III has been with Baylor since April 2016. He's credited with helping the Bears claw their way to arguably their best season in program history in 2019-20, when they finished 26-4 and were projected to earn an NCAA Tournament No. 1 seed before the postseason was canceled due to COVID-19.

Let's do this! When's the game?

These two Texas teams will battle it out in the Final Four on Saturday, April 3 at Lucas Oil Stadium in Indianapolis. Tip off is at 4:14 p.m. Houston time.

The National Championship game is set for that Monday, April 5 at 8:20 p.m. Houston time.

No matter who wins the game, a Texas team will be in the finals for just the sixth time.

Mattress Mack has become quite popularly known for making large bets on sports game. Press play to find out why Mack placed a $1,000,000 bet on the UH Coogs to win the championship. 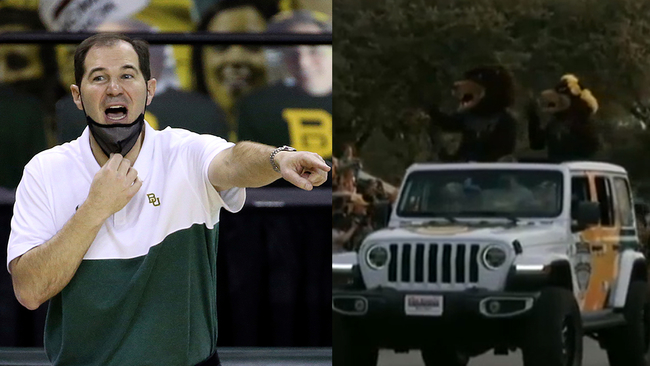 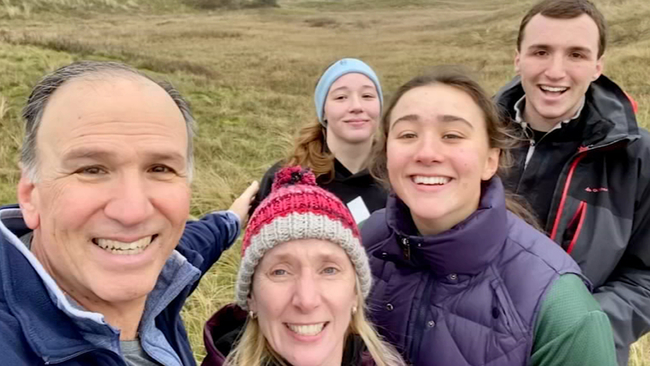 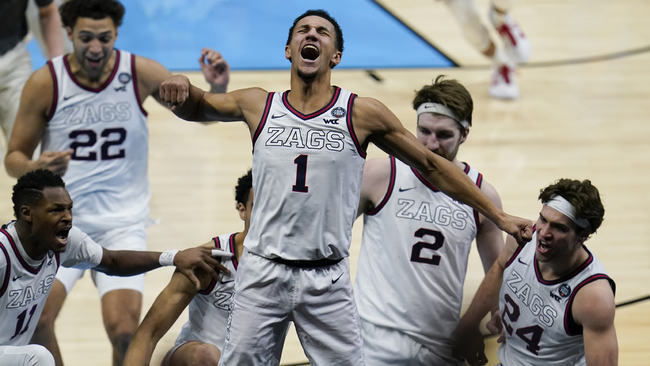