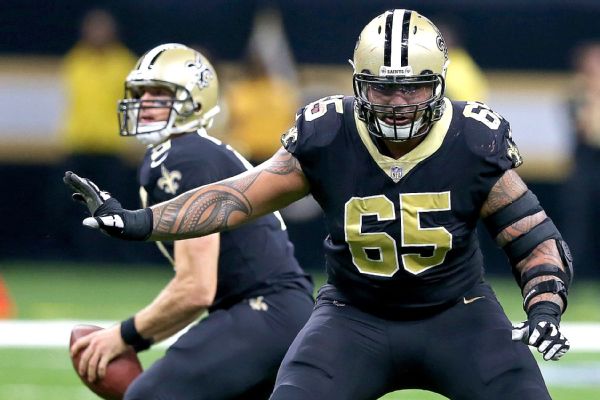 Kelemete, 27, has been one of the most valuable "sixth men" in the NFL over the past three seasons with the New Orleans Saints, starting a total of 23 games while spending time at all five offensive line positions.

The Saints rarely missed a beat when Kelemete entered the starting lineup at any position. The 6-foot-3, 300-pounder began his college career at Washington as a defensive tackle but now plays primarily at guard.

Kelemete earlier toldNOLA.com that he would be joining the Texans on a free-agent deal, with the NFL Network reporting the financial details.

The Saints trusted him to play both offensive tackle spots, and he has spent ample time playing center in training camps and preseason games.

Kelemete started a total of nine games in 2017, including New Orleans' playoff finale, helping to patch together an offensive line that was one of the best in the NFL. The Saints led the league in both yards per rush (4.7) and yards per pass attempt (7.5).

He began his NFL career as a fifth-round draft pick with the Arizona Cardinals in 2012 but played in only one game as a rookie before being cut in 2013 and eventually landing on the Saints' practice squad.