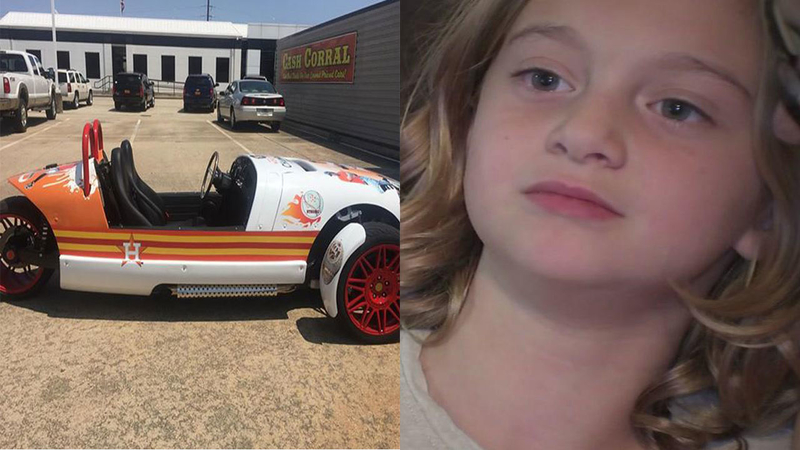 HOUSTON, Texas (KTRK) -- An 8-year-old Astros fan named Chloe has gotten the support of players and fellow fans ever since video of her being shushed at a game went viral.

The girl has a rare disorder that makes it harder for her to control her emotions.

While Astros players and sponsors have express support and offered trinkets to her, another fan who owns some hot wheels wants to give her the ride of her life in his tricked out, Astros-themed vehicle.

Roc Borjas tells Eyewitness News that he wants to surprise the girl in his 2018 Vanderhall Venice.

Last week, Borjas showed off his new vehicle with the championship wrapping. His kids gave him the idea to wrap the entire car in an Astros theme.