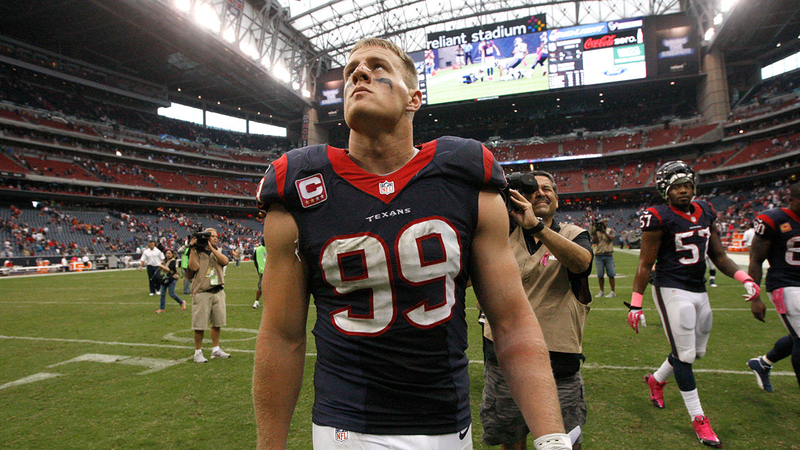 HOUSTON, Texas (KTRK) -- How would the Houston Texans follow up a season that saw them win a team record 10 games in a row? By taking on six playoff teams from 2018, including the defending Super Bowl champion New England Patriots.

In the spring, the team learned when it will face its predetermined slate of opponents, which comprise of its routine AFC South rivals, members of the AFC West and NFC South, and the two remaining conference teams that finished in the similar standing as Houston last year.

RELATED: Who will the team play at home and on the road next season?

The Texans begin their 2019 season on Monday Night Football at the New Orleans Saints on Sept. 9.

The Texans were also already slated to face the Jacksonville Jaguars in London, which counts as an away game for Houston. This matchup is scheduled for Week 9 on Sunday, Nov. 3, with an 8:30 a.m. kickoff CT.

Other highlights of the schedule include back-to-back primetime games: a Thursday Night game hosting the Indianapolis Colts on Nov. 21 and a consecutive home game vs. the New England Patriots on Dec. 1

Houston closes out the season hosting the Tennessee Titans on Dec. 29.

In 2018, Houston similarly took on that season's reigning Super Bowl champs, the Philadelphia Eagles, as part of a schedule that included just four playoff teams from the previous year.