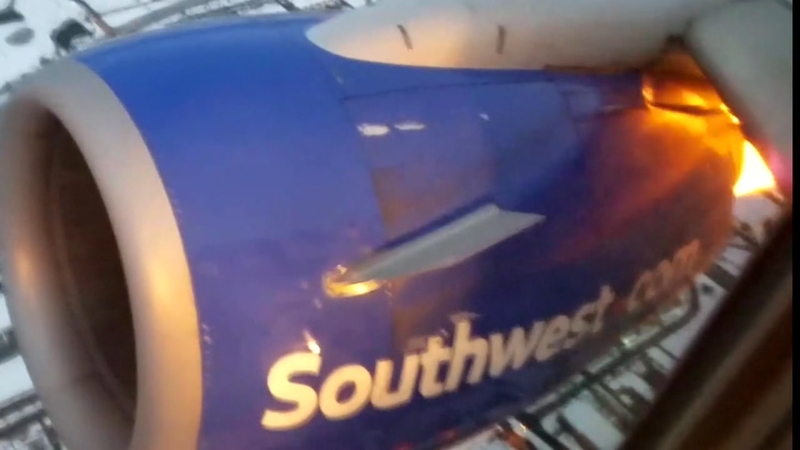 A Southwest Airlines flight from Salt Lake City made an emergency landing after takeoff due to an engine malfunction, according to an airport spokesperson.

Flight 604 headed to Los Angeles International Airport was in the air for just a few minutes when pilots realized there was an issue with the engine.

According to Southwest, the pilots chose to turn around.

Witnesses told ABC News that they saw flames coming from the right part of the engine.

Some people captured the flames shooting from the engine.

"There were sparks and flames coming from outside," passenger Traci Scarce told ABC. "It sounded like there was a stalling engine."

Scarce said the Southwest crew was able to maintain calm inside the cabin.