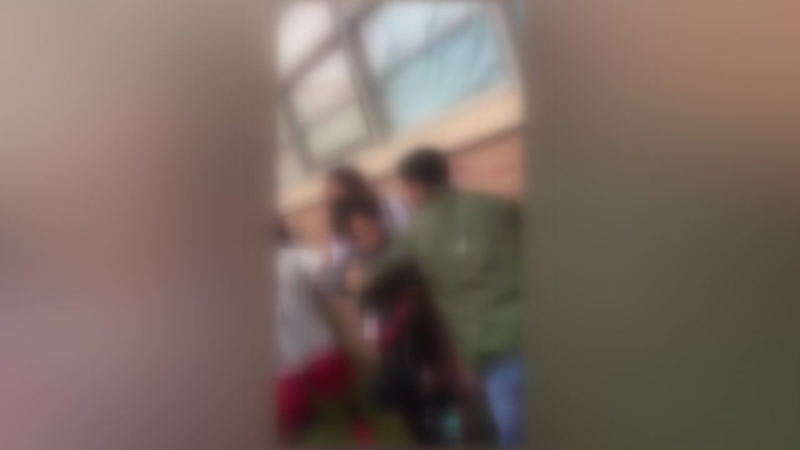 It happened just after noon during what's called a "flex lunch," which allows all students to eat at the same time. Friday, it allowed some students with apparent grudges against each other to erupt with pushing, shoving and fists.

"I heard this wave of noise," said SoHo senior Bethany Butler. "Teachers were blowing whistles trying to break it up. I heard one girl pushing another to the floor and was hitting her. I heard others tried to hit teachers."

The school has three Pasadena ISD police officers assigned to the campus as school safety officers. They attempted to break up the fight, which started with one fight.

More school police officers were brought in and took a dozen students, all females, into custody. Disciplinary action will be taken against them, according to the district.

While the fighting was underway, students were ordered to go into the nearest classrooms and remain there until the situation was resolved.

"I went into a geography classroom," said Butler, who said she never experienced anything like what she saw today.

Her father, Jaime Lopez, is a teacher with HISD.

"When I got the alert, it makes a lot of things go through your mind. Does someone have a gun, do they have other weapons? That's the world we live in today," he said.

"Whatever little spat started this, a week from now, two weeks from now, it won't matter. It's just not that important," he said as a message to other students.