KTRK
KNOXVILLE, TN (KTRK) -- Santa Claus is known the world over for acts of compassion, but what Eric Schmitt-Matzen did in a Knoxville hospital recently may be the jolly old soul's greatest gift of love ever recorded.

The call came in from an acquaintance: a 5-year-old boy was clinging to life after battling an unspecified illness and hoped to see Santa.

The Knoxville News Sentinel reports that Schmitt-Matzen, who portrays Santa each year, rushed to the boy's bedside within 15 minutes.

Donning only his suspenders because there was no time to put on the full outfit, Schmitt-Matzen had just one request:

"If you think you're going to lose it, please leave the room," Schmitt-Matzen told The News Sentinel. "If I see you crying, I'll break down and can't do my job."

RELATED: How your child can get a personalized letter from Santa
EMBED More News Videos

USPS is helping children all over the country receive letters from Santa.

Armed with a toy given to him by his mother, Santa sat on the boy's bed in the Intensive Care Unit.

He mustered the courage to speak, and said, "Say, what's this I hear you're gonna miss Christmas? There's no way you can miss Christmas! Why, you're my number one Elf!"

The boy, frail and fading fast, used what remaining energy he had to open his present and smiled. And then, the boy whispered.

"They say I'm gonna die. How can I tell when I get to where I'm going?"

Schmitt-Matzen thought for a moment, and then instructed the small boy to tell them he's the number one elf, and "they'll let him in."

The boy drew his final breath, and passed away right there in Santa's arm.

His mom rushed in, and scooped his tiny body up in her arms.

PHOTOS: These sweet children are all scared of Santa

Santa left. His work was done.

He retreated back to his car to make the drive home, wiping away tears with each passing mile.

Anyone in Schmitt-Matzen's position would understand why he might retire his red velvet suit after so many years. In fact, he wrestled with the idea for weeks.

But then, The News Sentinel reports, he knew he had one more appointment to make as the big guy.

Buoyed by the laughter of children and hearing their hopes and dreams, Schmitt-Matzen says he is sticking with it, delivering compassion, love and yes, bravery, with each child he sees.

"It brought me back into the fold. It made me realize the role I have to play," Schmitt-Matzen said.

Editor's Note: The newspaper that originally reported this story has since stated that it is unable to verify the account given by Eric Schmitt-Matzen. Attempts by ABC News to contact Schmitt-Matzen after the publication of this story for further clarification have not been successful and as such we are likewise unable to verify the accuracy of his account.
Related topics:
societytennesseechildrensanta clauschild deathillnessbuzzworthyu.s. & world
Copyright © 2021 KTRK-TV. All Rights Reserved.
SANTA CLAUS 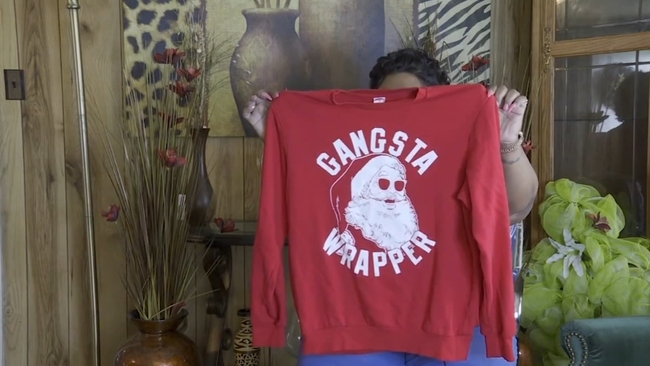 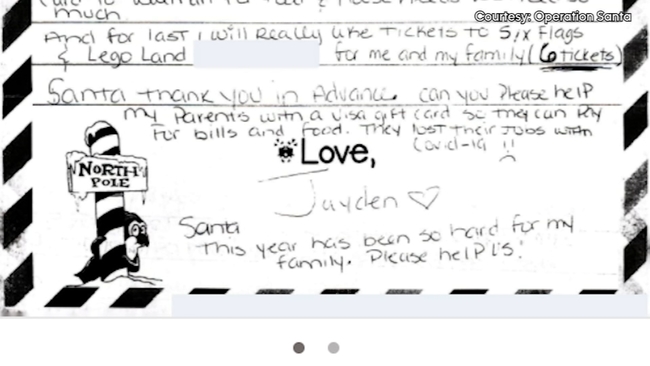