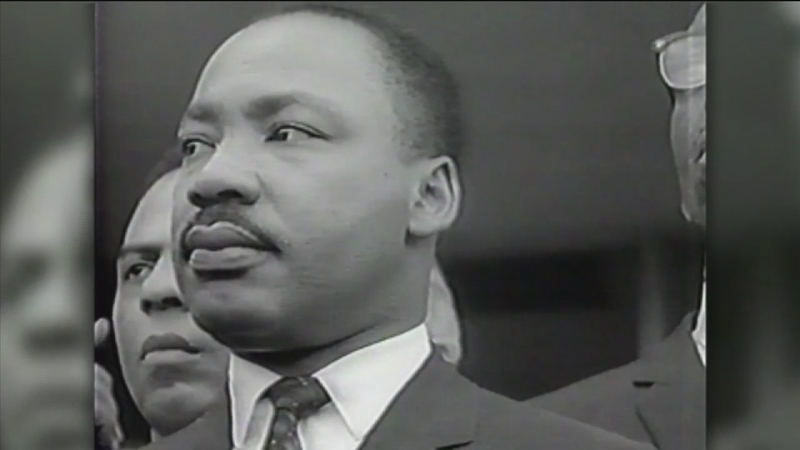 HOUSTON (KTRK) -- In honor of the life and legacy of Dr. Martin Luther King Jr., the Black Heritage Society will break ground on a new "Tree of Life" today at MacGregor Park.

Back in 2014, the group unveiled the MLK Memorial Plaza, featuring a larger-than-life statue of Dr. King and a granite floor chronicling his civil rights work.

Now, on the 49th anniversary of Dr. King's assassination, leaders will gather to launch a new effort to memorialize other trailblazers of black history, including Rosa Parks and Nelson Mandela.

In honor of Black History Month, ABC13 is honoring the black Houstonians who have made the city great.

Houston Mayor Sylvester Turner, Harris County Commissioner Rodney Ellis, and other community leaders are expected to join the Black Heritage Society in a ground breaking ceremony at 10 a.m. at the park.

Organizers said the new Tree of Life reflection area will bring four bench statues to MacGregor Park with the likeness of Parks, Mandela, and two other black icons.

A granite wall will also recognize and honor other figures who played an integral role in civil and human rights in America, and around the world.

Rosa Parks, known as the 'Mother of the Civil Rights Movement,' was arrested for civil disobedience after refusing orders to give up her bus seat to a white passenger in Montgomery, Alabama, in December 1955.

Little Caesars founder Mike Ilitch was known for his number of contributions to the Detroit community, but many were unaware he quietly helped a civil rights icon.

Mandela served 27 years of a life sentence for conspiring to overthrow the state.

In 1990, then South African President F. W. de Klerk released him from prison after facing political pressure. Four years later, Mandela was elected in his own right to the presidency.

The MLK Memorial Plaza is located at MLK Drive and Old Spanish Trail. The physical address for MacGregor Park is 5225 Calhoun in Houston.