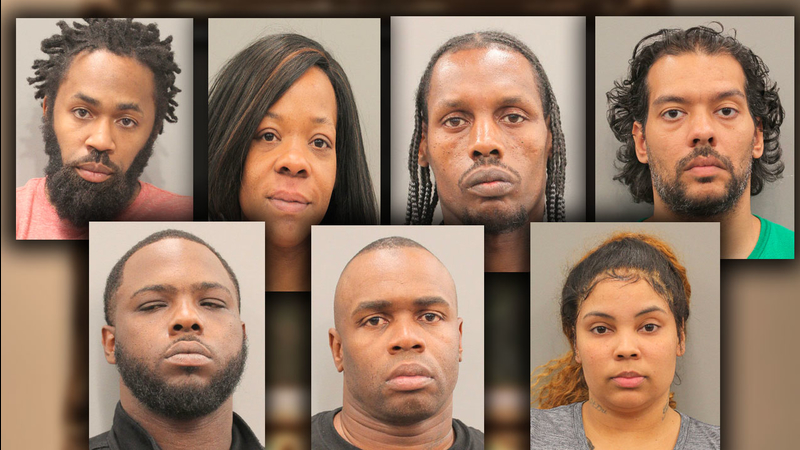 They now need the public's help to recover high-priced artwork, some of which is valued in the hundreds of thousands of dollars.

Police have arrested at least seven people tied to the high-end crimes. Detectives said the group targeted homes in River Oaks and other wealthy areas in Brazoria, Fort Bend and Galveston Counties.

HPD would not comment on the victims in any of the cases. Houston mayoral candidate Tony Buzbee told reporters earlier this year his River Oaks mansion had been burglarized by crooks looking for high-end artwork.

Buzbee issued the following statement Wednesday in response to the arrests:

"I have been in touch weekly, sometimes daily, with the Major Crimes lead detective since my home was burglarized in February. Early on in the investigation, I offered a reward, which led to a tipster calling my office. That reward then led to the arrest of multiple individuals who were involved in the burglary of my home, as well as several other homes in my neighborhood. Those arrests happened months ago, and today's statement by HPD was to make public the $50,000 reward that I have authorized in order to encourage people to provide information with regard to the whereabouts of my art. At least one of my neighbors called to thank me for helping catch the individuals who also burglarized his home. I commend Major Crimes for their diligence and very hard work. I'm not sure whose home the police officer was referring to when he talked about parties, but I can assure you that these individuals were never at a party in my home. Crime in this city continues to rise. I and the others whose homes were burglarized by this group of people are the lucky ones. Our crimes were solved. Most burglaries in the city remain unsolved, which is why we need more police on the street."

Investigators revealed the burglary crew stole artwork, computers, guns and jewelry from the homes. They used the victims' social media posts to determine their targets and gain access into the properties.

"We go to work every day. Some of these suspects, this is their job," said Detective John Varela. "They look for an opportunity to commit crimes. They look on social media and other things like that. That's how they found these complainants."

Detectives reminded people to be cautious of what and when they post to social media. They say criminals are adapting and using the information to help break the law.

They said a tip to HPD helped them break open this case. Someone reported seeing a post on social media about the stolen art.

Police say the burglars are getting information on their targets with the help of social media.