Man slit his wrists at town meeting in order to be heard, deputies say 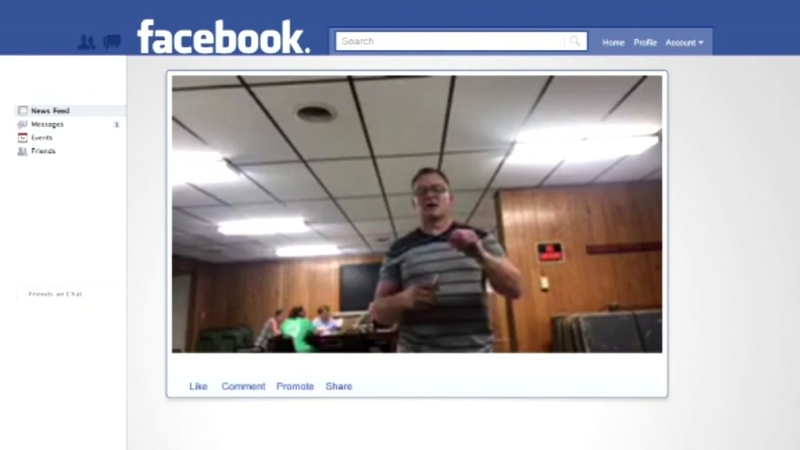 ARENAC COUNTY, Michigan -- A Michigan man slit his wrists at a village council meeting in order to emphasize his point about an issue, and he live streamed the whole thing on social media, WNEM-TV reports.

A disturbing Facebook video, showing sterling resident Jim Shaw slashing his forearm with a razor blade, all during a village hall meeting earlier this week.

Shaw has been vocal about an issue over sewage water in his backyard, even speaking to TV-5 about it last year.

According to authorities, deputies have even been called to other village meetings over his behavior.

"Has it escalated to that point? No," Undersheriff Don McIntyre said.

But McIntyre says this time Shaw took it too far, causing his deputies to take action and subdue him without hurting anyone else.

"The goal for us in law enforcement is to resolve those situations peacefully using tactful negotiation and that's apparent in the video. That's what happened that night," McIntyre said.

As for residents like Lisa Seibert, she's just hoping that incidents like this will never happen at village meetings ever again.