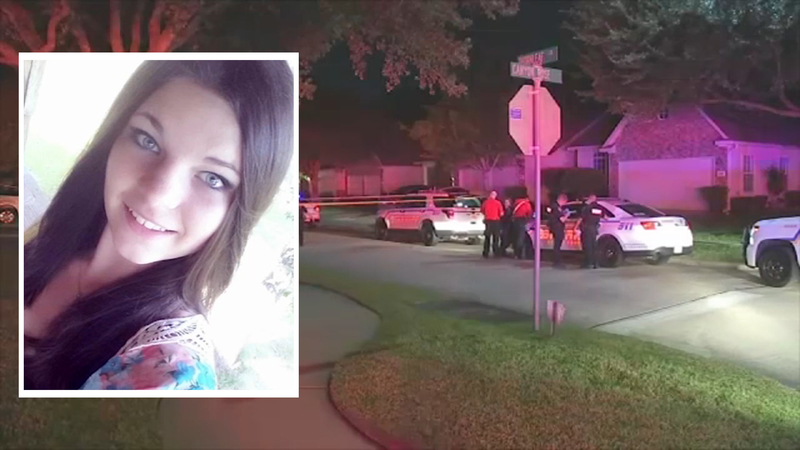 HARRIS COUNTY, Texas (KTRK) -- The Sierra Rhodd murder investigation has resulted in a fourth person being charged in the case.

Word of Fletcher's arrest came a day after charges were announced for two others: Austin McCalla and Jason Cisneros, both 25.

Rhodd is the 20-year-old with cerebral palsy who was shot to death while asleep inside of her Cypress area home.

McCalla is also the boyfriend of an 18-year-old woman who was arrested but not charged earlier in the investigation, according to the Harris County District Attorney's Office.

McCalla appeared in Harris County Probable Cause Court on Wednesday after his arrest for murder.

Over the weekend, 26-year-old Andre Colson was arrested in connection to the case. Court documents stated Colson "intentionally and knowingly" shot into Rhodd's Cypress area home back on Sept. 13.

According to documents read during Colson's court appearance on Monday, investigators said Colson admitted to having a handgun, but stated he did not shoot it.

Investigators believe Rhodd's 15-year-old brother was the target of the attack. Her brother, their mother and father were all home during the shooting and uninjured.

Deputies at the scene searched multiple areas of the Rhodd home the night of the shooting and "found several shell casings," one of which led investigators to Colson, court documents state. Colson is behind bars on an $80,000 bond.

Of McCalla, prosecutors took his girlfriend into custody shortly after the shooting. However, in court, no probable cause was found to connect her to Rhodd's killing. At that time, the judge chastised prosecutors and investigators for not making a clear and convincing connection between the getaway car spotted at the shooting, and finding the woman nearby in a similar truck several minutes later.

RELATED: No probable cause found to charge teen with murder of woman shot in her sleep
EMBED More News Videos

"Just because I drive a red truck doesn't mean I'm involved in a murder," said the judge to the prosecutor in court at the time. "There's a lot of things that indicate she may be involved, but until you have something that goes beyond reasonable suspicion, you don't have probable cause."

A week after Sierra's killing, her father, Mike Rhodd, was shot to death during a fight at the home of his in-laws. His father-in-law said the shooting was in self-defense, according to the Harris County Sheriff's Office. No arrests were made in that case.

The grandmother of Sierra Rhodd released the first public statement on Monday, Sep. 21, and she's getting for your help. Hit play to hear what the statement read and how you can help turn things around.