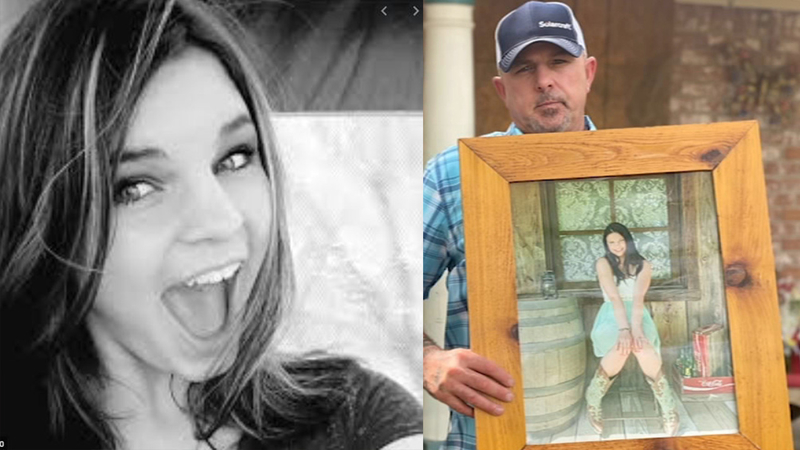 CYPRESS, Texas (KTRK) -- The grandmother of 20-year-old Sierra Rhodd, who was shot and killed while she was sleeping, is also mourning the loss of the woman's father, who was killed just hours after her vigil.

Now, in her first public statement, Becci Polmanteer says she and her family are tormented by the thought of those who murdered her granddaughter.

"Sierra deserves justice, my family continues to live in fear as these killers continue to walk free in Harris County," said Polmanteer in a statement issued by the family's attorney on Monday. Becci is Sierra's maternal grandmother.

RELATED: 'You're cowards:' Dad of woman killed in her sleep sends message to suspects

Sierra was killed on Sept. 13 when shooters fired into her family's home.

The Rhodd family said suspects surrounded their house with high powered guns. Investigators believe the shooting was a part of a retaliation plan against Sierra's 15-year-old brother.

Then, just days after Sierra's vigil, her father, Mike Rhodd, was also shot and killed.

A fight broke out in Mike's home and he was shot and killed by his 74-year-old father-in-law, who is also Polmanteer's husband, according to the Harris County Sheriff's Office.

After Mike was shot, his 15-year-old son grabbed a pistol and fired it, investigators said. The teen still had the pistol in his waistband when deputies arrived and had to be tased.

Witnesses told investigators the 74-year-old grandfather believed he was being attacked and fired at Mike to defend himself.

Several people were taken from the scene with their hands covered in paper bags, a practice used by investigators to preserve any gunshot residue that may be present.

READ MORE: No probable cause found to charge teen with murder of woman shot in her sleep

"We plead for anyone who has information surrounding the death of Sierra to report it to law enforcement," said Polmanteer. "We are staying vigilant and continue to diligently help the Harris County Sheriff's Office in their search for the assailants who killed my innocent granddaughter while she slept in her bed. We pray those involved are caught before they have the opportunity to harm someone else with their senseless violence."