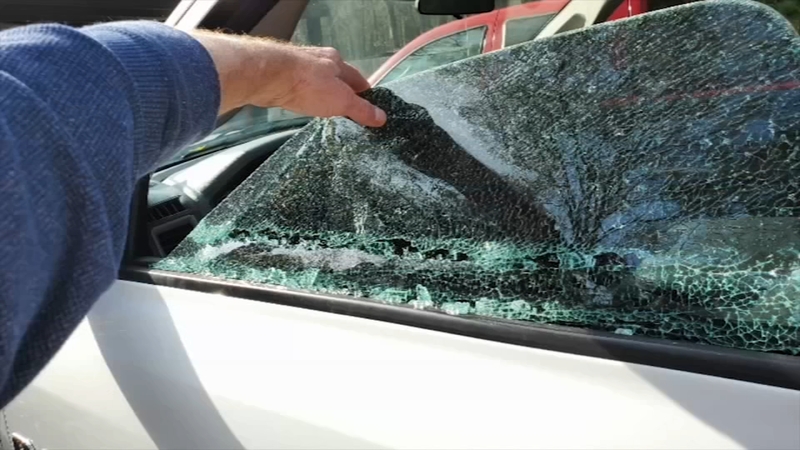 Driver suffers minor injuries after he says he was shot at

RAYWOOD, Texas (KTRK) -- The driver's side window of Greg Manen's white truck is gone after he claims someone fired a shot at him as he was driving on highway 90.

"It sounded like an explosion," Manen said. "It was loud."

The incident happened near the Raywood community around 11 a.m. on Sunday.

Manen said he ducked down after it happened, but he was injured due to flying glass. Those injuries were minor, he said.

The shooting caused Manen to run off the road, but he managed to safely come to stop.

RELATED: Couple shot at while driving on I-10 in east Houston

In the shattered window, he said you can see the area where it appears a bullet or pellet struck the window. Despite being hit, the projectile does not appear to have penetrated the glass.

A bullet is lodged in a mom's cheek from random shooting on I-10.

The incident was reported to the Liberty County Sheriff's Office.

The man credits the tint on his window for helping to minimize the glass from flying.