Man in critical condition after being shot in the neck and car left in a ditch, police say 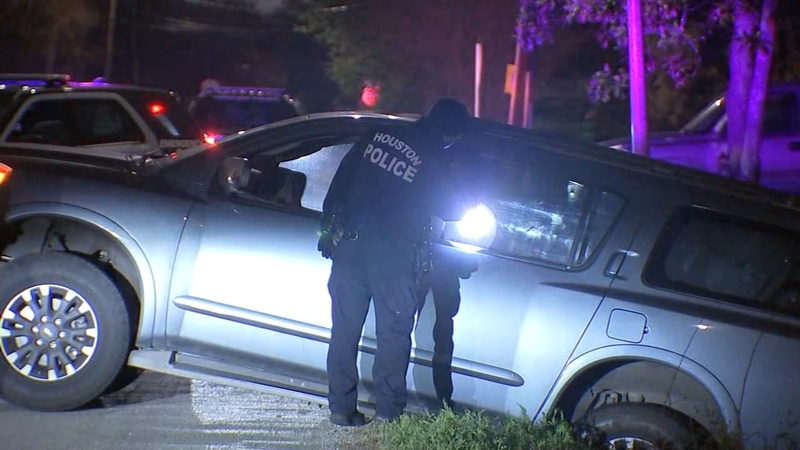 Man found shot in the neck and car left in a ditch, police say

HOUSTON, Texas (KTRK) -- A man was found shot in the neck next to an SUV in a ditch early Friday morning along England Street near Alice Street, police say.

Police say they arrived at the scene around 2 a.m. after responding to their Shotspotter Program, which detects gunshots around Houston. Once they were on their way, calls began rolling in, reporting shots fired.

Authorities say the victim received CPR at the scene and was sent to a nearby hospital in critical condition. Doctors say it is a 50/50 chance he will be OK.

According to investigators, a neighbor caught the entire incident on camera.

"It looks like he backed in there (the ditch) accidentally. Then the other vehicle pulled up, and folks got out of the car. They were talking for a little bit, and then all of a sudden, gunfire went off. Only one shot, actually," said officer R. Willkens.

Police surrounded the neighborhood searching for a man and woman they believe to be the suspects. Police say there is a high possibility they are still in the area.