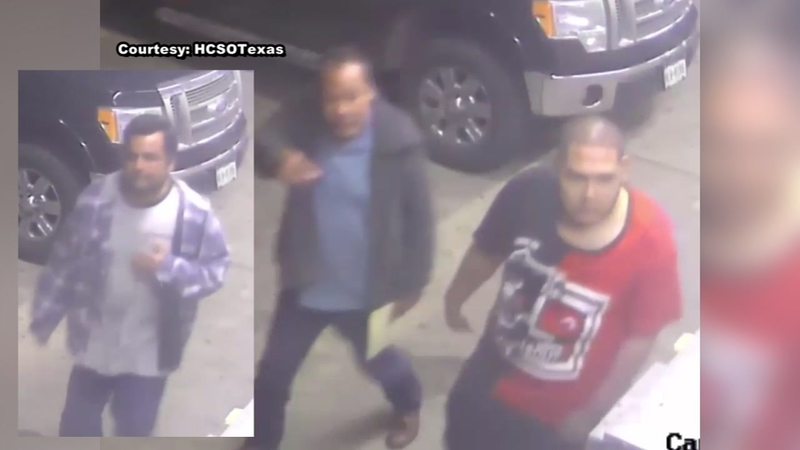 One person was killed and two others were injured after the shooting outside of a store on Veterans Memorial Drive and Bammel just after 6:30 p.m. Friday.

Deputies said that an unknown female was outside the store being harassed by three Hispanic males when three males from inside the store observed what happened and attempted to help the woman.

As the victims approached altercation, the suspects started shooting.

Deputies confirmed that the deceased male was the son of the owner of DJ Food Store.

The second suspect is described as an older Hispanic male between the ages of 40 to 50, medium to heavy build, wearing a blue and plaid stripe jacket and a light colored shirt with blue jeans.

The third suspect was described as a medium to heavy set Hispanic male wearing a black jacket and a light blue shirt.