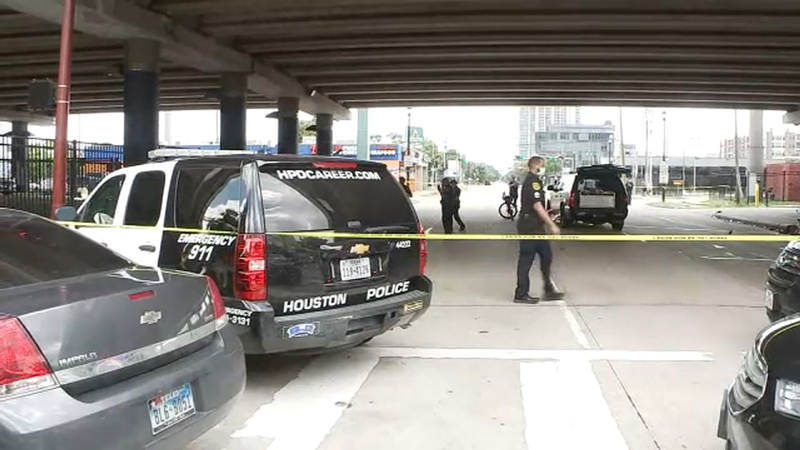 HOUSTON, Texas (KTRK) -- One person has died in a shooting that also wounded two other people in downtown Houston.

HPD commanders, detectives and PIO are en route to a fatal shooting at 1900 block of Main St at Pierce St.

3 people have been shot, one of them has been pronounced deceased. The suspect fled the scene. No other info known at this time. #hounews pic.twitter.com/arE6HJ02Ji

Authorities said a witness called police to report a man and a woman were shot near a McDonald's in the 1900 block of Main Street at Pierce.

One victim was pronounced dead on scene, officials said.

No other information was immediately available.