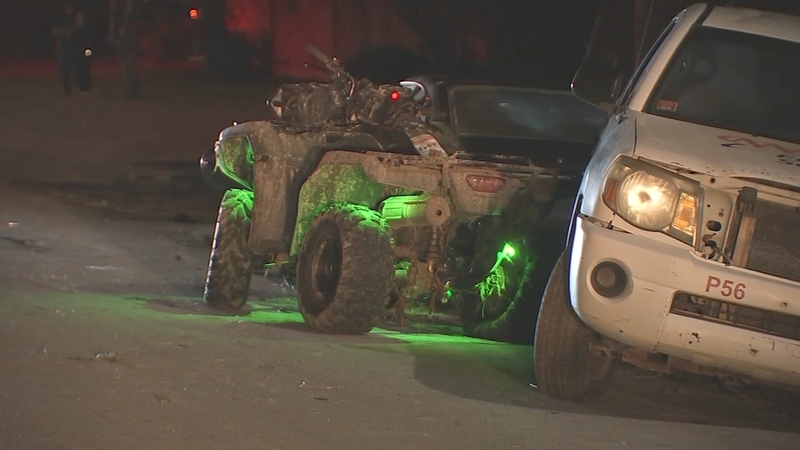 Shooting suspect found in attic of his own home

HOUSTON, Texas (KTRK) -- A man accused of shooting at a group of teens after a crash Wednesday night involving a four-wheeler was found by officers hiding in his own attic, according to Houston police.

It began when a white Mercedes crashed into a four-wheeler with teens on board. Residents surrounded the vehicle after the crash because the driver tried to leave the scene, HPD said.

That's when the driver pulled out a gun and began shooting before he left the scene. Officers found a cell phone and traced it to the driver, who lived in the neighborhood, according to police. The man was found hiding in his attic but eventually surrendered to officers.

One person was shot in the shoulder in the incident.