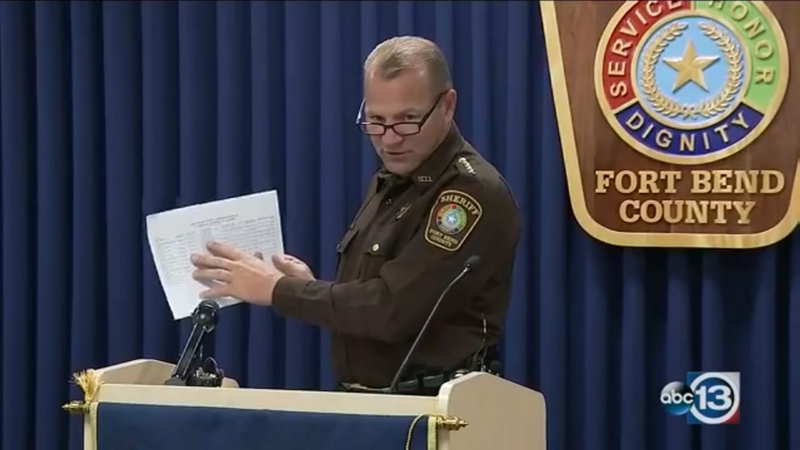 FORT BEND COUNTY, Texas (KTRK) -- While 18 Texas counties recently signed to give their deputies the power to determine the immigration status of jailed suspects, Fort Bend County won't be one of them.

Sheriff Troy Nehls said the county would not join ICE's 287g program at a press conference this afternoon.

"The processes we have in place in Fort Bend County, it's working," Nehls said.

Nehls said if the county had opted to join the program, he would have been forced to send six personnel members to a four-week training, at a cost of half a million dollars.

"I don't believe and won't feel comfortable knowing I'm going to send $500,000 of taxpayers' money for something that maybe makes us feel good," Nehls said. "It would be irresponsible for me to do that, to throw money at something that isn't broken."

At a ceremonial signing at the Sheriff's Association of Texas Annual Conference, 18 Texas sheriffs committed to partner in the ICE 287g program.

With those commitments, ICE now has 60 active agreements, doubling the number of active programs in 2016.

Galveston, Matagorda, Montgomery, Walker, Waller and Wharton counties are among the counties which recently signed to join the program.