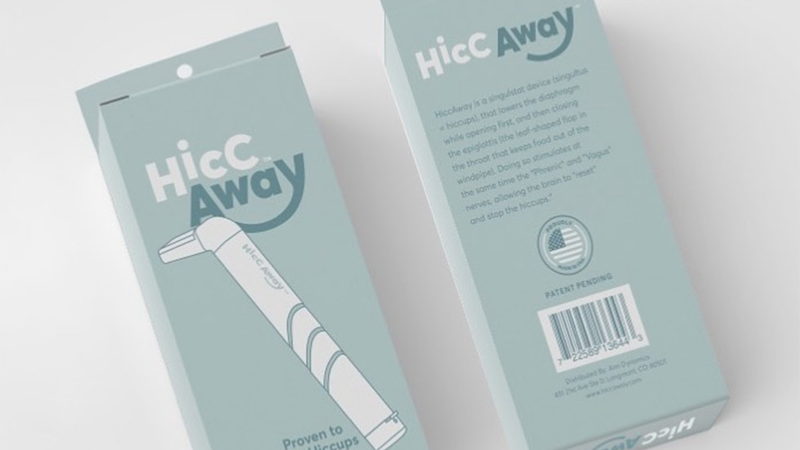 Houston seafood business to be featured on ABC's Shark Tank

HOUSTON, Texas -- Humans are weird. Take, as a perfect example, the phenomenon of hiccups - the sudden and involuntary spasm of the diaphragm muscle between regular breaths. All humans experience them, and so do other mammals and even amphibians. But we're guessing other animals don't approach treating hiccups in the wacky ways humans do.

For instance, some less-than-successful hiccup remedies of yore include sipping water upside down (and subsequently trying to not drown), holding one's breath for a long time (and often hiccupping throughout the hold anyway), sucking on a peppermint, gagging oneself or pulling on the tongue, and even gobbling up a spoonful of peanut butter to help change the breathing and swallowing pattern.

The truth is those ideas are mostly a waste of breath. Luckily, one San Antonio doctor has invented a device that supposedly instantly relieves hiccups - and his invention is getting so much attention that he's even hooked a chance to pitch the product on a new episode of ABC's entrepreneurial-focused reality show, Shark Tank.