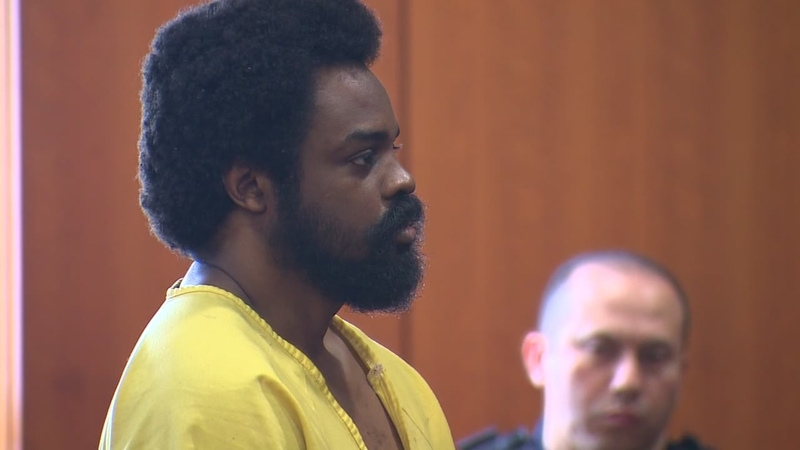 CONROE, Texas (KTRK) -- Shannon Miles, who was accused of shooting and killing Harris County Sheriff's Dep. Darren Goforth at a gas station more than two years ago, has pleaded guilty to capital murder for his role in the killing.

Miles is now sentenced to life in prison without the possibility of parole.

Special prosecutor Brett Ligon said Miles' mental health and the Goforth family's wishes played a role in the decision not to pursue the death penalty.

"Mine and Darren's two children have been spared. They will not have the backdrop of their lives for the next 10-25 years being court dates, trials and appeals," a visibly emotional Kathleen Goforth said.

"Nor will they be accosted anymore...by the image of a man who so violently ended their father's life. It is merciful, it is compassionate and it is the right thing to do," she added.

Anthony Osso, Miles' attorney, agreed that the guilty plea afforded both families a sense of closure.

"You have to take into consideration what it would be like even for the Goforth family to have to deal with continually wondering whether or not [Miles] would ever be executed. Same with my client's family - this brings closure to everyone," Osso said, also estimating that millions of dollars were saved in litigation costs.

"Two years ago, the Harris County Sheriff's Office family suffered a terrible loss when our brother, Deputy Darren Goforth, was ambushed and gunned down. Deputy Goforth served the residents of Harris County for nearly a decade. He will always be remembered for his service, his bravery, and his sacrifice.

"Today, the Goforth family and the Harris County Sheriff's Office family are pleased to learn that justice will be served upon Deputy Goforth's killer. We are grateful to Special Prosecutor Brett Ligon and his team for their hard work to bring this terrible case to a fair resolution.

"To the Goforth family, you will always be part of our family and our thoughts and prayers remain with you.

"Finally, I want to thank the men and women of the Harris County Sheriff's Office family who faithfully serve our community with courage and dignity. We are grateful for our community's support and trust, which we hold sacred. Thank you."

Miles' mental state at the time of the August 2015 shooting has been in question over the course of the pre-trial proceedings.

In the incident, investigators said Goforth worked an accident scene in northwest Harris County and then went to a gas station on Telge and West Road.
As Goforth was pumping gas, detectives said Miles approached Goforth from behind, said nothing and fired multiple shots. Once Goforth fell to the ground, authorities said Miles fired more shots at the deputy.

"While I am disappointed that the ultimate penalty for the senseless slaying of Deputy Darren Goforth will not be paid, given the unique twists and turns this case has seen, this may be the best outcome we could hope for. At least we will see some resolution in this case and his family will be spared the additional trauma caused by a lengthy trial."

"I do believe there is something wrong with Shannon Miles. That's no excuse for what he did. He needs to be off the street. That's been accomplished. He'll never be a free man. Life without parole is not ideal as far as justice is concerned, but I think it's satisfactory."