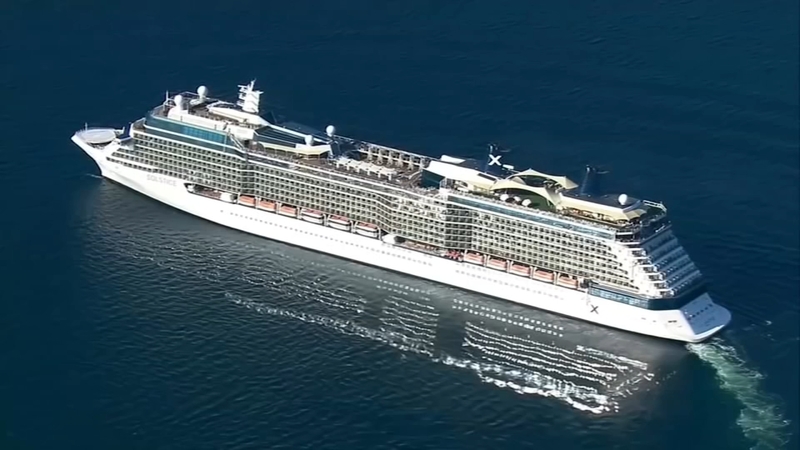 JUNEAU, Alaska (KTRK) -- Authorities in Alaska are conducting a death investigation after a Houston woman went overboard during a cruise.

The 40-year-old was aboard the Solstice cruise ship operated by Celebrity Cruises touring the coast of Alaska.

The ship was in the upper Lynn Canal on Tuesday when investigators say she fell overboard at about 3 a.m.

The U.S. Coast Guard spent more than nine hours searching for her by air and sea, but suspended the search after finding no signs of her.

"Despite our best efforts to locate the individual, it is with heavy hearts that we make the decision to suspend the search," said Coast Guard Lt. Trevor Layman, a Sector Juneau Command Center duty officer. "The decision to suspend active searching is based on a number of factors including weather, sea state, water temperature and other variables."

The Coast Guard says the estimated survival time in the 41-degree water is just over six hours.

A report from KIRO-TV in Seattle state the ship's security cameras caught the moment she fell into the water.

Passengers on board report the ship came to a complete stop just after she went overboard.

The ship did continue with its cruise after the Coast Guard suspended the search.

ABC13 Eyewitness News has reached out to Celebrity Cruises for more information on their investigation and the nature of how she fell overboard.

They have not responded.