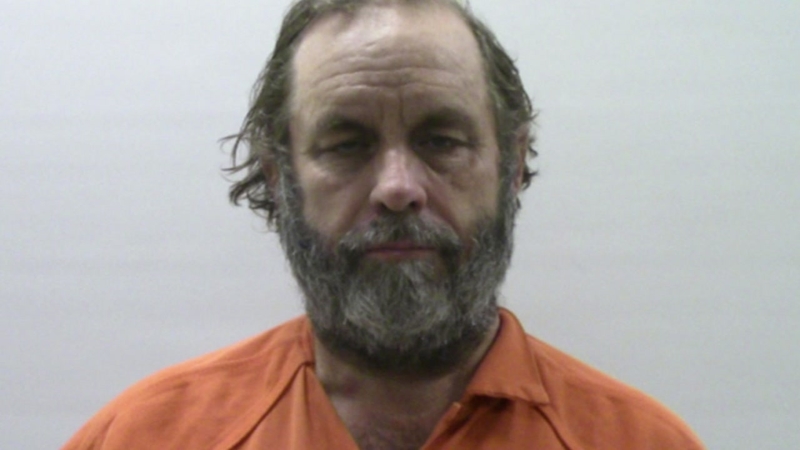 TOPEKA, Kansas -- A water park company's co-owner was arrested Monday in Texas in connection with a Kansas criminal case arising from a 10-year-old boy's death on what was promoted as the world's largest waterslide.

Records show that Jeffrey Henry, co-owner of Schlitterbahn Waterparks and Resorts, was booked into the jail in Cameron County, Texas. He was being held without bond, and a jail booking clerk said he would remain there until a court appearance Tuesday.

Henry's arrest follows a Kansas grand jury's indictment last week of the Schlitterbahn park in Kansas City, Kansas, and its former operations director, Tyler Austin Miles, on 20 felony charges. They included a single count of involuntary manslaughter over the death of Caleb Schwab in 2016.

Schlitterbahn spokeswoman Winter Prosapio said in a statement that considering last week's indictment, the company is not surprised by Henry's arrest. The company also promised to aggressively fight the criminal charges against Miles and the park, and respond to the allegations in the 47-page indictment "point by point."

"We as a company and as a family will fight these allegations and have confidence that once the facts are presented it will be clear that what happened on the ride was an unforeseeable accident," she said in an emailed statement.

Former Schlitterbahn executive charged in 2016 death of boy on slide.

Attorney General Derek Schmidt's office did not immediately respond to phone calls and emails seeking further comment, details about Henry's arrest, or information about exactly what criminal charges he faces. The Kansas City Star reported that Henry was taken into custody by U.S. marshals out of Brownsville, Texas.

Prosapio said Schlitterbahn does not expect any changes to the Kansas City park's season, which is set to open May 25 and run through Labor Day. The big slide there - Verruckt, or German for "insane" - has been closed since Caleb died.

The boy was decapitated after the raft on which he was riding went airborne. He was the son of Republican state Rep. Scott Schwab, of Olathe, and the family reached settlements of nearly $20 million with Schlitterbahn and various companies associated with the design and construction of the waterslide.

The two women who rode with Caleb suffered serious injuries and settled claims with Schlitterbahn for an undisclosed amount.

The indictment against Miles and the park alleges that Verruckt met few, if any, industry standards and that Miles delayed or avoided necessary repairs, even after the ride's brake system failed.

The indictment also said Henry helped design the giant waterslide even though he had "no technical or engineering credentials" and that he set a "rushed timeline" for its construction.

Schlitterbahn said last week's indictment is "full of false information," and the company also rejected its allegations that Miles and the company withheld information from law enforcement officials. It said the allegation that Caleb's death was foreseeable is "beyond the pale of speculation."

Miles' attorneys said in their own statement that they welcome the opportunity to prove his innocence in court.

"Not only had Tyler ridden the slide numerous times, but, as the State is aware, he had scheduled his wife, to ride it on the day of the accident," the attorneys, Tom and Tricia Bath, said in their statement. "These are not the actions of someone who believed the ride to be dangerous."
Report a correction or typo
Related topics:
kansastheme parkchild deathslideu.s. & world
Copyright © 2022 by The Associated Press. All Rights Reserved.
TOP STORIES
HCSO sergeant hit and killed by driver during escort, sheriff says
2 adults killed and 12-year-old hurt in crash with speeding tow truck
Today marks 2 years since deadly explosion rocked Spring Branch
Grab the umbrella! Widespread showers move in Monday
Inside Texas hospital battling omicron: 'We're about to catch on fire'
Suspect accused of killing Pct. 5 corporal still on the run
Amy Schneider details historic 'Jeopardy' run
Show More
5 tax changes that can boost your refund this year
Tax filing season starts Monday. What to expect for 2022
COVID-19 patient at center of ventilator fight dies in Texas
3-year-old drowns in pool in NW Harris County, sheriff says
Former Houston Oiler takes over Prairie View A&M football
More TOP STORIES News