'I want to be reminded every day,' says husband of Santa Fe HS substitute killed during shooting 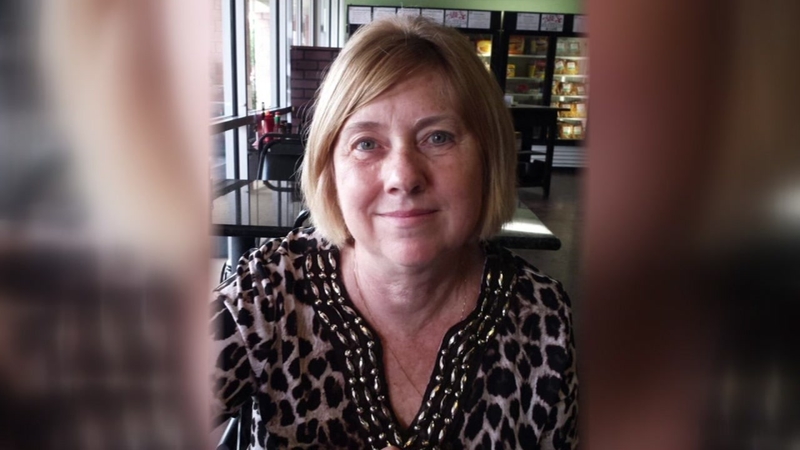 Eyewitness News spoke exclusively to the husband of the substitute teacher, Ann Perkins, who was one of the 10 victims killed.

This weekend would have marked Steve and Ann Perkins' 29th wedding anniversary.

Ann, who cared deeply for her students, died trying to keep them safe.

"This is where she sat every day when she came home from school," Steve said, pointing towards the tropical oasis in their backyard.

The home Steve shared with Ann for more than 20 years is now filled with mementos to honor his beloved wife and Santa Fe High School's substitute teacher.

"I want to be reminded. Absolutely. Every day," Steve said.

When he learned about his wife's death, he didn't think it was real.

Perkins said Ann didn't need to work, she just enjoyed being with the students.

He told Eyewitness News that he even tried to convince her not to substitute and to join him for a trip to San Antonio the week of the shooting.

"Her words were to me, 'No. School's almost over with. This is the last time I'm going to see the kids, and I want to do this for the last few days.' Those were her last words to me," Steve said.

Ann gave her life for a student at Santa Fe. She pushed a girl out of a door and yelled, "Run" instead of protecting herself.

"Shelby (the student she saved) will tell you if she wouldn't have done that, 'I would have been dead and your wife would have been alive,'" said Perkins. "But that tells you everything about her, right there."

Ann loved the beach and turned her backyard into a tropical oasis complete with palm trees and seashells.

Even though it sits empty now, Perkins thinks Ann has found a replacement that's even better.

"I guarantee you she's having a good time somewhere," said Perkins.