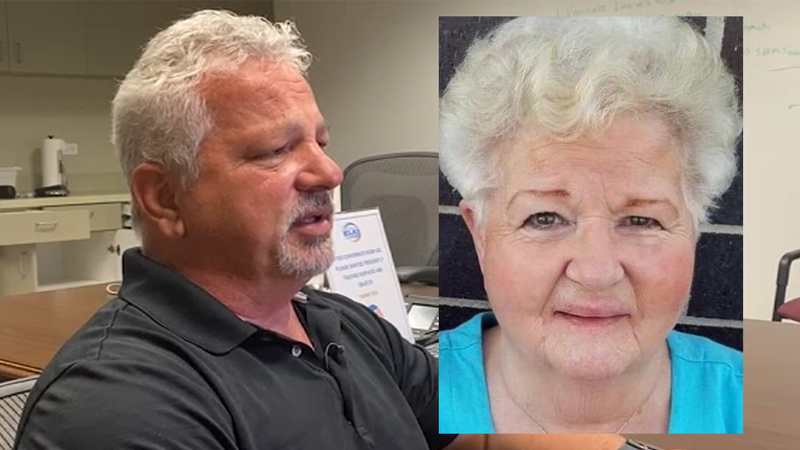 HOUSTON, Texas (KTRK) -- It's been almost a year since 80-year-old Rosalie Cook was pushed down in the parking lot of a Walgreens in southwest Houston and stabbed to death.

The mother of three and grandmother of six was just a couple of minutes away from home after buying a greeting card. As she walked to her car at the intersection of Gessner and South Braeswood, Houston Police said 38-year-old Randy Lewis approached her and stabbed her.

Cook died at the hospital and Lewis was shot by police and then died on the scene.

"My mom was 80 years old," said Rosalie's son, Chuck Cook. "She was disabled. She shuffled with a cane. She was the prototypical grandmother, reading glasses down on her nose, knitting needles by the side of her rocking chair."

Lewis had been arrested 67 times and was out on two personal recognizance bonds at the time of the murder.

"If Randy Lewis was still in the system today, I have no confidence that justice would be served," Chuck said.

The grieving son said he takes comfort in knowing that Lewis cannot get out of jail on another bond and hurt someone else. However, other victims and their families are stuck in the court system that has been essentially shut down since the beginning of the pandemic.

ABC13 Investigates found the backlog of cases in felony court has grown 66% since March 2020. Even since trials have resumed, the backlog grew 4% in March. Misdemeanor cases are also not moving at the same pace as pre-pandemic times.

"In the misdemeanor world in the last three weeks, there have been 10 trials," said Nathan Beedle, the misdemeanor trial bureau chief for the Harris County District Attorney's Office. "Trials are taking place, but as a guideline, that would be probably about 20% or 30% pre-COVID."

That's what keeps Chuck fighting for change. He said he tells his mother's story to anyone who will listen and hopes to testify before the Texas State Senate in Austin on bond reform.

"That's the burden I have today," he said. "The fact is that I didn't ask for it. This happened and I feel a responsibility to do what I can to right that."

On April 27, the Harris County Commissioner's Court passed a resolution to honor the life of his mother and vowed to do better.

Chuck is hoping for a policy change to impose repercussions on criminals and something to hold judges accountable.