HPD Chief Art Acevedo praised the work of his investigators after they arrested a suspect in the shooting death of a long-time sergeant. But the work is not over yet. In the video, take a look at who they want to find next.

HOUSTON, Texas (KTRK) -- The man accused of shooting and killing Houston Police Sgt. Sean Rios is in custody and we're learning that he is no stranger to police.

Robert Soliz, 24, was arrested Tuesday, just 24 hours after the shooting death of Sgt Rios. He was arrested during a traffic stop on the Katy Freeway around 3:15 p.m.

Soliz, who was charged with murder and taken to Harris County Jail, has a history of arrests dating back to 2014.

Records show Soliz was arrested several times, with charges that range from having marijuana on him to evading arrest and criminal trespass. In 2017, Soliz was accused of threatening his girlfriend at the time with murder.

His most recent arrest was earlier this year. According to court records obtained by Eyewitness News, Soliz was out on bond for unlawfully carrying a weapon in a motor vehicle on Feb. 15 when he was arrested. He was given a $100 bail for that charge. 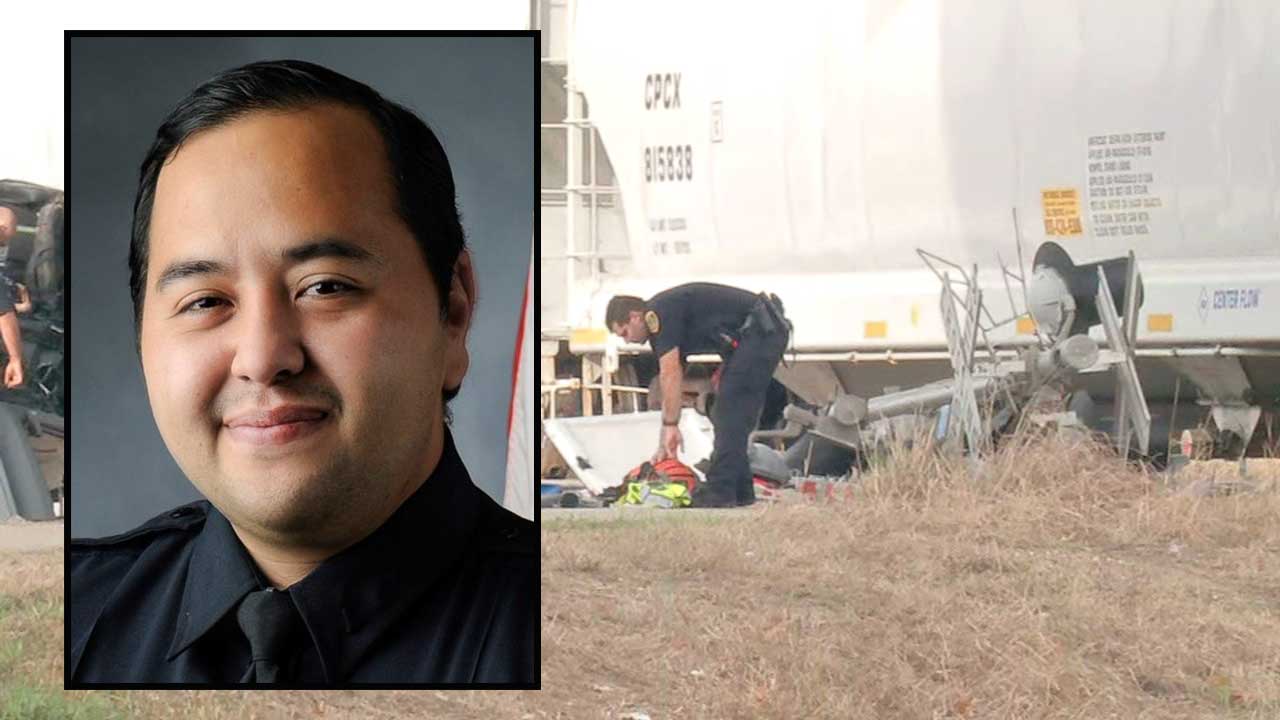